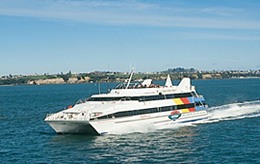 My lovely theatre scenes co-reviewer Sharu Delilkan got on National Radio’s Arts on Sunday to review Auckland Theatre Company’s latest offering Poor Boy, featuring music by Tim Finn. Find out what she told Lynn Freeman about the production here. I’ll be seeing the show on Tuesday, so will have a print review for Theatre Scenes post show. I am very curious about […]

I hardly saw thee… [by James Wenley]  Last night the Auckland Fringe Festival closing night was partied away in exuberant style to a live Swing band, after the awards had been handed out, in the stunning Pacific Crystal Palace Spiegeltent in Aotea Square. The Spiegeltent was a ‘loan’, of sorts, from the Mumma Auckland Arts Festival. Whereas the prestigious Arts […]
« 1 … 114 115 116 117 118 … 120 »