A Tale of Two Gittins [by Sharu Delilkan]

Having worked on the international film circuit for the past few years, including The King’s Speech and The Lord of the Rings: The Two Towers, Calum Gittins jumped at the chance to work in theatre.

And when his dad Paul told him he was directing The Pitmen Painters it was a no brainer.

Paul [Gittins] says “I’ve always wanted an opportunity to work with Calum but he’s been overseas for quite a long time. So I was glad when I managed to persuade him to stay and be in the play.”

The Pitmen Painters, written by the Tony award-winning writer Lee Hall (Billy Elliot), is based on a true story of a group of English miners in Newcastle whose after-work art classes reveal a wealth of hidden artistic talent. Overnight, the amateur artists find themselves propelled from the humble mines of the North East to a rich, intellectual art world.

Despite his initial excitement, Paul admits he had a glimmer of apprehension about working with a family member. However that feeling disappeared as soon as rehearsals began. In fact the opposite has been true.

“I’ve been really pleasantly surprised with how professional Calum has been right from the start. And it’s great to direct him in a role that’s such a good fit for him,” says Paul.

“When I agreed to do the play I was a little worried that dad would be extra hard on me, being his son. But we’ve had a great time working together. And the upside has been that we have a shorthand because he’s my father and also because he’s been an actor all his life.”

Calum says it has also been a treat sharing the stage with the stellar cast, many of whom he’s known since he was a kid.

“It’s great working with people that I’ve not only known most of my life but also have always respected.”

He believes he has the best of both worlds, working with the other young cast member Stewart-Tewhiu.

The Newcastle dialect, Geordie, has also been a big feature of the show. And although having to replicate the complex accent would ordinarily be daunting to most Kiwi actors, Calum is in his element.

“We did English dialect classes at RADA [The Royal Academy of Dramatic Art] and the Newcastle Geordie accent was one of them that I really enjoyed mastering,” says the recent RADA graduate.

Looking back Calum admits that of all the English dialects the Newcastle accent was probably the most challenging.

“And it’s been a bit of a balancing act having to pull the accent back a bit to make sure we’re understood by Kiwi audiences.”

Having watched all his dad’s work for the past 15 years Calum says “I may be a bit biased but it’s consistently been the best stuff I’ve seen. So I’m extremely pleased to finally be part of one of his projects. I also hope that this show makes people finally sit up and take notice of my dad who has always been a bit under the radar.”

The Pitmen Painters is presented by (potent pause) PRODUCTIONS and plays at Q from 16 November to 10 December. Details see Q Theatre. 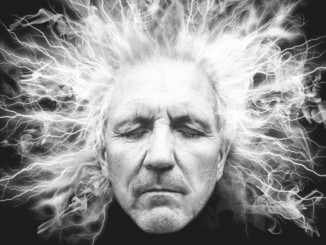