[Portrait of the Artist as a Young Fan]

Fans of Beyonce will probably jump on board with I am Tasha Fierce without too much encouragement, but even those with only a passing familiarity shouldn’t be turned off.  Writer/performer Rose Kirkup enthusiastically educates us on everything we need to know, organically weaving factoids about the popstar with Tasha’s own personal history, finding and contriving parallels in a humorous way.

While some of the jokes are exactly what you’d expect from a show about a girl who grew up in “The Hutt” and talks about “Queen B” obsessively, there’s not a condescending bone in its body. What separates this show from the usual fandom stereotypes is the serious empathy it has for its protagonist. Yes, she is bit over the top, but, as much as her behaviour is easy to laugh at, the writing never belittles her.

As Tasha recounts her memories of falling in love with Beyonce’s music and starting a Destiny’s Child tribute act with her ex-best friend, everything is tinted with a deep nostalgia, filled with as much excitement as it is longing. The story navigates not only her childhood, but also when she grows up and is expected to leave it behind too, clinging onto artefacts of her youth in a manner that seems laughable to others.

What Kirkup does best to make the story work is to present the public and private personas of Tasha to us with a heartfelt clarity, making them two sides of the same coin. There’s the over-the-top Beyonce wannabe on one side, and the young woman whose adulthood isn’t quite what she imagined on the other. She understands that caricatures are funny, but they’re also, by their very definition, unreal.

There are plenty of simple touches that also lift up what could be a lazily presented monologue show. Delivered mostly in a bathtub with simple but effective lighting choices, Kirkup often highlights the melancholic undercurrent of the play with this intimate setting.

If the show ends somewhat abruptly, it’s mostly because we’ve gotten to know Tasha like a good friend, and we’re simply sad to see her go. The only other downside is that it also wraps up a little too neatly, but it’s a fittingly life-affirming resolution to the story, hitting all the expected beats of an underdog narrative with precision.

Ultimately, I am Tasha Fierce is a tribute not to Beyonce, but all the dreamers who’ve had to grow up yet never stopped believing. As easy it is to scoff at such childish notions, anyone who has ever been there will relate. Though this modest gem of a show has simple ambitions, it treats an easily dismissible subject matter with the respect it deserves.

I am Tasha Fierce is presented by Everybody Cool Lives Here and plays at The Basement until 19 Nov. Details see The Basement. 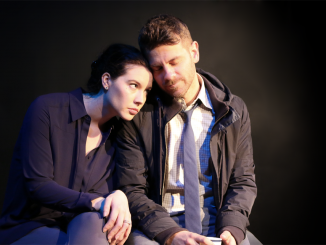