Presented by The People Who Play With Theatre, Just Above The Clouds is, not surprisingly, a very playful piece of theatre. That is not to say, however, that the content is treated facetiously – far from it. It is a story about love, loss, grief, denial, acceptance, and self, and I thank writer and director Ben Anderson for presenting these concepts with such class.

Anderson has dutifully mastered the dual role of both writer and director, as none of the scenes are weighted down or restricted by the text, and the actors’ innate abilities have been encouraged to develop full dimension to their characters and performances. The script itself is incredibly well written. Anderson has a great gift at presenting an audience with the minute idiosyncracies of relationships via dialogue. Subtle clues in said dialogue allow the audience to work things out for themselves without being hit over the head with the mallet of exposition. Nothing is given away easily and everything sits just below the surface, so when the final scene takes place, we, as an audience, already know the what, and the way the characters’ relate the events gives us the rest.

Seamus Ford and Jessie McCall channel their performances through their respective puppets with great accuracy. Although there is a hint of melodrama when watching these actors directly, their skill as puppeteers keeps the focus readily on their avatars. Ford gives a nicely maintained performance, even in his most emotionally heightened moments. My one gripe is the break that occurs between himself and his puppet. Although this is necessary, it is somewhat jarring to both the audience and Ford’s performance. However, the transition is complete within a few minutes and the story comfortably drives through to its end. McCall has a wonderfully characterised voice and expresses a surprising amount of emotion without overplaying. There is a wonderful nonchalance to her character, which creates the fundamental dynamic between hers and Ford’s.

Chye-Ling Huang, Cyan Corwine, Amanda Tito, and Mark Mockridge find individuality in their role as the chorus, ironically, without detracting from their purpose. Huang also takes on the role of a cloud with a penchant for weather-related puns. Her puppetry articulation is great, but her overall performance can be pushed further.

Ruby Reihana-Wilson’s lighting breaths harmoniously with the constriction and release of the text, and allows for the on stage lighting conventions to work their magic. Set designer Britney Pilling breaks the stage into three performance spaces, a wooden structure to the left, a concrete heart centre, and an empty front, produce a variety of locales and aptly reflect the choice of scenes and settings. How much of each snippet of time we see played out is also very well structured.

Watching Just Above The Clouds I am reminded of films such as Waking Life, Eternal Sunshine of The Spotless Mind, and What Dreams May Come; poetic interpretations of the perception of life. Regardless of whether these were direct influences on Anderson, he has truly created an original story. 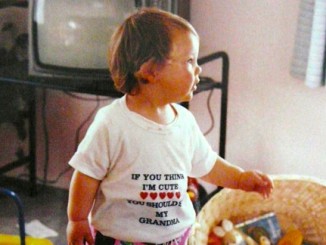 This Week in the Theatre Scene: The do-not-misses of the Final week of Fringe