Shines, not sparkles [by Sharu Delilkan]

Auckland really set the scene for the opening night of Giuseppe Verdi’s renowned opera La traviata with grey skies, cutting winds and the occasional burst of cold rain. On a night like this one might wish for a tragi-comedy or an uplifting story of trials and tribulations overcome by love and devotion. However clearly that isn’t the story told by Verdi which is essentially a story of a sickly courtesan manipulated by her male peers. Verdi’s storyline doesn’t leave room for much deviation from the theme, making it a challenging piece from a dramatic standpoint.

From the start we understand that Violetta Valéry (Lorina Gore) is a bit delicate but fortunately for her Alfredo Germont (Sam Sakker) is head over heels in love with her and is willing to give up everything including his family’s approval to live with her in blissful but destitute circumstances. Clearly this cannot last in a Verdi opera and following a number of twists and turns, the lovers are reunited just before Violetta succumbs to her only certainty in life – surprisingly just before her reconciliation with her true love Alfredo.

However this cynical synopsis of the story belies what makes this Verdi opera great – that being the music, the performances, and the simplicity of the story that allows all these elements to shine through wonderfully.

This simplicity is mirrored in Christina Smith’s set and staging with the vast solid cube on stage representing our heroine locked in a gilded cage, or languishing in country fashion or most astoundingly successful, reflecting in a different amber hues, the ghostly aspects and apparitions of her life, or what her life could have been. Matt Scott’s astute varied lighting choices complemented the simple set and heightened the overall production’s dramatic effect. A big favourite was when he changed the hues of the flowers on the backdrop to suit the mood of the jilted Alfredo (Sakker) – enough said as further embellishment would give too much away. Another favourite is the way in which his design managed to transform the somewhat ordinary medium i.e. Perspex into an opulent party scene in the second half, mirroring the overriding golden hews.

I absolutely adored the performance of the Chapman Tripp Opera Chorus. It was great to see a multi-ethnic strong contingent of singers both young and old in this ensemble who clearly showed real talent in their own right. Highlights were the gypsy-fortune tellers at the masquerade ball along with the smartly clad Matadors.

Soprano Gore was a definite crowd favourite and to my untrained ear appeared pitch perfect. However unfortunately I didn’t feel the same about her dramatic performance. I found it hard to buy into her meek state as she never really looked and acted like she was really ailing, bar the occasional doubling over in pain. She didn’t ever really look pale and frail i.e. she appeared too rosy-cheeked throughout. Likewise Sakker gave great vocal performances but I felt that their relationship lacked chemistry, which made it difficult to feel sorry for either of the protagonists.

Although faultlessly in tune throughout, I wanted to be absolutely blown away with the passion and the power that comprises La traviata. However this feeling didn’t quite eventuate for me until Act III. And I think that basically sums up my experience tonight. We were treated to Auckland Philharmonia Orchestra’s beautiful musical performance, along with fabulous vocals from the leads and ensemble; some might even say a shining production. But I wanted that whole experience to be a bit more like the weather outside — unpredictable, exciting, brazen, passionate with occasional squally showers – which it wasn’t but truly could have and should have been… 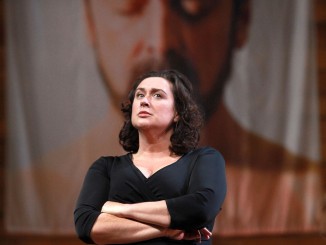 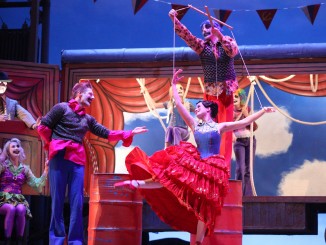