When aspiring Samoan comedian Tai (Sepelini Mua’au) gets a job at a local moving company, he has to juggle the generational and racial divide between himself and the two older white men who run the business, Oscar (Lloyd Scott) and Bruce (John Landreth).

If Oscar is relatively unassuming and harmless, Bruce embodies a more casual racism, often masquerading as banter. While it’s not enough to simply create a character who embodies racial prejudice and ignorance for the audience to laugh at, even if its scornfully or satirically, playwright James Cain attempts to mitigate this with Tai’s own reactions as our audience surrogate.

It’s this basic premise allows Cain to explore the differences and commonalities between these distinctly different demographics in New Zealand. And while it begins as a blunt critique of the classic Kiwi bloke, it morphs into a more deeply felt portrait of universal humanity and understanding.

The backdrop of the moving company makes for a fertile setting too, allowing set designer Lucas Neal to create a space that embraces the play’s inherent theatricality, cluttering the space with boxes upon boxes, stacked and rearranged as necessary. It’s not necessarily aesthetically pleasing, but it’s perfectly functional in serving the frequent scene changes and specific actions the script demands.

Complicating matters, Cain also has Tai perform a successful comedy routine that mocks and parodies the racist attitudes and idiosyncrasies of Bruce. It poses a challenging ethical question for the character and builds a carefully escalating sense of tension to drive the narrative and threaten the play’s central growing friendship.

Because the play gives so much stage time to Bruce’s prejudicial antics, it’s not entirely satisfying to see them ultimately swept under the rug and the narrative tied up nicely with a sentimental bow. The dramatic potential of the story is somewhat undermined and the politics of the piece left unchallenged by an unexpected plot device at the end of the play.

But the characters are realistically written, drawn with clear and unique voices. Most moving are the quiet moments of shared intimacy between the characters. Discussions of sex and love cross the divide of age and race beautifully with the men baring their souls to each other. Director Matthew Loveranes handles these moments with the perfect amount of compassion and gentle pacing, supported by a wonderful cast whose performances reflect a natural confidence and ease.

While further unpacking of the play’s racial politics and ethical predicament would benefit the narrative, Movers crafts a empathetic story of three individuals brought together for a fleeting period of time. An ode to unconventional friendships and the softer side of Kiwi masculinity. This is a genuine crowd-pleaser with a hell of a lot of heart. 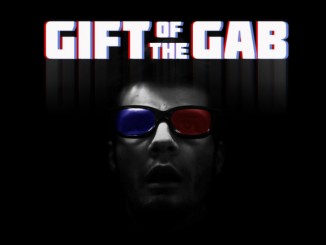