[The Market Will Decide]

Created by The Dust Palace in 2016 and directed by Mike Edward, The Goblin Market is a narrative circus theatre production incorporating music, film, spoken word and acrobatics. Exploring the Victorian Christina Rosetti narrative poem Goblin Market, the performance aims to develop the original characters and storyline within a contemporary setting. Upon entering the theatre, audience members are greeting by the performers masturbating fruits and moving amongst them. The aim is titillation; slightly awkward audience interaction includes performers poking their fingers into fruit and encouraging people to eat it afterwards. The Dust Palace’s penchant for burlesque is strongly evident in the first third of the production and includes full-frontal male nudity for no particular reason.

The Goblin Market set is overcrowded and messy, and the costumes appear cheap and poorly constructed, however, the goblin masks are a nice touch. In a small venue like the Hannah Playhouse, these flaws are all too apparent and give the show an amateur/student flavour. The show is set to a varied and engaging soundtrack, peppered with occasional stints at a microphone stand by each of the performers. Sound levels require some adjustment as the heavier songs are uncomfortably loud, and a monologue by Jay Clement is largely inaudible. The projected film is pleasingly abstracted and ambient, lending depth and dimension in a restricted space.

A circus company at heart, The Dust Palace’s strength is their fluid and creative use of their apparatus. Aside from one fall by Clement, rope, hoop, silks, trapeze and balancing chairs are manipulated with confidence and skill by the performers. The most engaging and artistic moments of The Goblin Market are the intricate partnering choreography for trapeze and hoop. This is the company’s real point of difference and originality and is thoroughly impressive in live performance. Floorwork and balancing chairs are less effective, partly due to issues with proximity; only the front row got a clear sightline, yet with so little distance between performers and audience every wobble is visible.

Narrative elements connecting the apparatus performances have varying degrees of success. Development of character is one-dimensional, with the women falling into the trap of a whore/child dichotomy in both physicality and expression. Rochelle Managan managed a sense of loss and despair successfully, however the denouement followed a murky and  undeveloped crescendo. The physical skill and strength of circus performers seems to render the demands of physical characterisation in theatre challenging. While choreography and thematic emotion blend well during apparatus work, The Goblin Market struggles to utilise a sense of climax to round off each section. Entrances, exits and connecting links would benefit from a dramaturge’s eye, although these issues became less evident in the second half of the performance.

Reading Rosetti’s Goblin Market is helpful in contextualising the stylised visual symbolism in The Goblin Market, particularly in terms of the fruit and imageries of temptation. Programme notes promote the production as both feminist and empowering to women, which strikes a jarring chord when reading the gang-rape imagery in the original poem. The strongest and most enduring connection between the works remains the bond between the two sister characters, concluding The Goblin Market with a hopeful tone. Two young women in nude-illusion costumes scissoring in a spinning hoop might not be everyone’s idea of sisterhood, but it seems to be The Dust Palace’s. 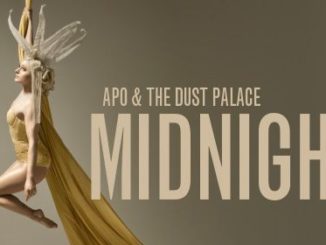 1 Comment on REVIEW: The Goblin Market (The Dust Palace)