Nice to see Stephen K Amos back in New Zealand again – and great to see him at his usual spot outside the front of Q theatre chilling out before the show. To be honest I was intrigued about the two guys in suits at the same table who looked like Mormons. But having seen the show, they could easitly have been Jehovah’s Witnesses, the CIA or maybe just blokes selling paint.

The large cross section of the theatre world present tonight reinforced Amos’ status as a crowd favourite and stalwart of the NZ International Comedy Festival.

Some immediate heckling set the scene for the first section of the show with Amos’ deft handling of loud mouthed, dare I say inebriated idiots, helped establish his rapport with the crowd. Amos was the consummate pro with his awesome put down of the annoying heckler involving a geniusly simple explanation of what is, and is not, funny.

Amos’ obvious enjoyment of the whole standup comedy process is apparent – in fact at times he seems to find the audience’s response more funny than his own one-liners – which was rather endearing.

Plenty of sharply observed moments and witty gags were present but for me some of the show seemed to drag uncharacteristically and even seemed a bit preachy. The pacing seemed less than the 100-kmh-Amos we have seen in the past. And for a performer who has been at the NZ International Comedy Festival five times over, he appeared to be strangely uninformed, almost to the point of naivety, with regards to Kiwis and New Zealand as a whole.

The show contained the usual crowd-pleasing observations of what it’s like to be black. However for most of us Amos isn’t a black comedian – he’s a bloke we identify with, someone we feel we could could enjoy a beer with and all we wanted was for him to make us laugh…and maybe think a bit if we can be bothered…Which is why it was disappointing to be underwhelmed by the show in general. A sentiment that was echoed by our mates who thought that the show was good, but I didn’t get the wow feeling that Amos has delivered in previous years.

The premise of the show, What Does the K Stand For?, seemed slightly rambling and ill-defined and I’m sure could have been developed further to make me care and laugh more. All in all an entertaining night out but upping the pace and displaying his legendary slickness would bring Amos back to the dizzy piss-yer-pants comedy we know he can deliver.

For me tonight the K in Stephen K Amos stood for “Kwite-good-overall-but-we-know-he-has-more!” So come along and see if he does – if nothing else, you might win the meat raffle…

Presented by Mary Tobin, Stephen K Amos – What Does the K Stand For? plays at Rangatira at Q, until 3 May. Details see Q 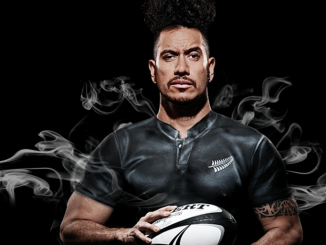