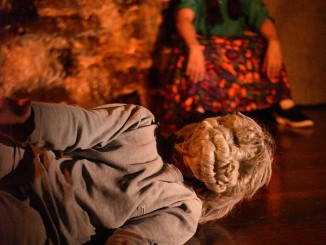 Beyond the Binary [by Matt Baker] (SAME) From programme notes to performance, choreographer Lydia Zanetti and her performers take an intellectual approach to the subject and theme of gender. The group’s etymological exploration delves much further, with Tallulah Holly-Massey’s haunting hair-masked crawler (designed by Leonie Nicholls) allowing for Freudian interpretations of castration anxiety. That’s not to say that the show doesn’t evoke […]