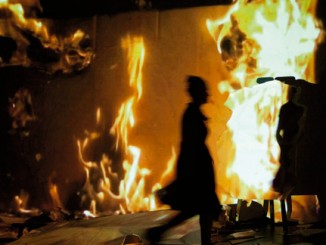 Wet but definitely not Wild [by Sharu Delilkan] Anticipation is the only way to describe the atmosphere on opening night – anticipation for whether cabaret could translate to a big venue like The Civic, without losing the naughtiness and immediacy that’s the essence of cabaret. The crowd was willing and excited about the sexy and sensual show that the programme […]

Back on the radar [by Sharu Delilkan] Most people know Te Radar as an award winning satirist, documentary maker, writer, failed gardener, and amateur historian. And more recently he’s been in our living rooms starring in TVNZ’s Radar’s Patch, Off the Radar, and Homegrown. But you’d be forgiven if you didn’t think of him as a stage director, especially since […]
« 1 2 3 4 »