The dynamic duo of Matt Baker and James Wenley will be the Theatre Scenes reviewers of as much theatre during Auckland Fringe (and then Auckland Arts Festival) as they can get their critical little hands on. They will write regular dispatches about Auckland Fringe shows, so stay tuned to Theatre Scenes.

James says: “With so much packed into the Fringe, and so many choices, we hope we can provide a guide about what’s interesting, what’s out there, and what you really should – and shouldn’t – miss. Fringe is a truly exciting time for Auckland, and I’m eager to discover what the city’s theatre artists will bring to their audiences.”

Matt says: “The Auckland Fringe Festival essentially kicks of Auckland’s theatrical year. With full-time work, part-time study, 16 shows to review, and rehearsals for my own, the next 3 weeks are going to be busy to say the least. However, as the recently appointed first (and currently sole) New Zealand member of the International Association of Theatre Critics, I’m excited to be getting back into the discipline and supporting the arts in the best way I can. There are a lot of works to be seen, by both veterans and new-comers to the industry, and, even though I won’t get a chance to see them all, I’m looking forward to the variety that Fringe has to offer and the bold places to which it allows practitioners to go.”

The other regular Theatre Scenes reviewers are out of action during the Fringe – Sharu has gone to work for the ‘other side’ at Auckland Festival (congrats Sharu!), and Rosabel is busy with gainful employment and contributing to The Pantograph Punch blog – leaving reviewing duties to the men.  Find out more about the Theatre Scenes reviewers here.

Both James and Matt have got into the spirit of Fringe themselves, and are also involved in their own respective Fringe shows. Matt will act in Team M&M’s The Guilt Sniffer at the tail-end of Fringe 8-10 March at The Basement. James produces Theatre of Loves’ The Enigma Box project – a box for only one actor and two audience members at a time – that will appear for two weeks for Fringe from the 20 Feb. 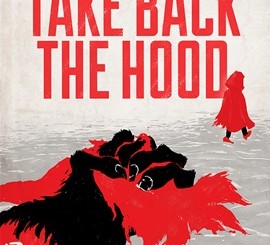