Speaking in Tongues and After Miss Julie [by James Wenley]

If you haven’t seen it yet, our first pick should be your top priority.

PICK ONE: Speaking in Tongues

Who wrote it? Australia’s Andrew Bovell, who really is one of that country’s best. Who’s putting it on? Silo, under direction by soon to depart Shane Bosher
Who’s in it? A superb quartet who play the 9 characters in the play: Oliver Driver, Stephen Lovatt, Alison Bruce, Luanne Gordon
What’s it about? “A woman waits on the side of the road. A jilted lover just can’t let go. A cop is devoured by guilt. Another woman forgets how to trust. A husband is called to account. Two couples give over to lust and set out to cheat.” – Thats the hook, but it is so much more.
Pithy Theatre Scenes quote: “Tongues is a relationship drama, a crime thriller, and a psychoanalytical puzzle, but also seems to be none of these. It seems to be a play about connections between people. But then that slips away. The connections are bad; we see the hurtful things people to do one another. “People are capable of inflicting the most unbelievable pain onto others” says Leon. This is not a hopeful play…” (Same, but different)
Go for: The theatrically electrifying opening scene where the dialogue between two separate couples about to engage in an infidelity is paralleled, overlapped, shared.
Where? The Herald Theatre, until 14 September.
Tickets: $25-49 from THE EDGE

Who wrote it? Patrick Marber (of Closer fame), taking inspiration from one August Strindberg. Not sure if you’ve heard of him.
Who’s putting it on? One Lonely Goat (they’re new), with Direction by Cameron Rhodes (a sure mark of quality)
Who’s in it? Errol Shand (who seems to have been in every NZ TV drama in the last 2 years), with Jodie Hillock and  Dena Kennedy
What’s it about? Strindberg’s famous 1888 play Miss Julie is reimagined by Marber to a 1945 english country house on the night of Labour’s landslide victory. The marketing guff, however, makes it sound like an action film:  “A psychological thriller of three deeply flawed characters entangled in a web of conflicts shifting the upper hand from one to the other, in a high-voltage battle of the sex and class.”
Where? The Basement Theatre, opening Tuesday 27th August, and running till 7th September.
Tickets: $22-28 from iTICKET

Also this week… its rather quiet in the theatre, but excerpts from teen diaries are relived in Corner Diary, and the NZ Dance company debut Rotunda. 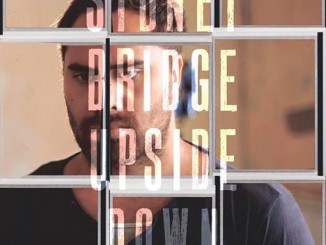 This Week in the Theatre Scene: The Return (5-11 August) 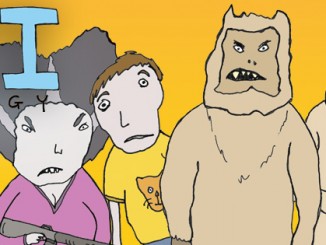