Working on a show that has had a previous incarnation can be daunting. But when it has been a huge success it is an even bigger ask.

So it’s not surprising that actor Andi Crown was a little hesitant when director-writer Anders Falstie-Jensen asked her to act in Standstill.

“I must admit I was anxious that Anders would wanting the blocking [the process of planning where, when, and how actors will move about the stage during a performance] to be exactly the same as the last time. So I approached the first rehearsal with trepidation but when I noticed Anders chuckling and laughing out loud, when we tried out new things, I knew I had made the right decision to get involved.”

Another challenge was that Crown had never seen the show before.

“Of course I had seen the images around with the actors looking pained and sweaty and had thought the treadmill device was an interesting concept. So when Anders gave me the script and the DVD, it was a toss up whether to watch the DVD or not. In the end I only watched two minutes and turned it off – just to see what the visual aspect was like. I didn’t watch anymore so that I wouldn’t get influenced,” she says.

Inspired by true stories and propelled by a fierce undercurrent of desperation, Standstill weaves tales of factory workers, cyclists, doctors and tour guides into a sweaty kaleidoscopic image of what happens when our dreams and ambitions collide with the lives we end up living.

In 2010 Falstie-Jensen pitched a vague idea to the Auckland Fringe Festival – he wanted to do a play featuring sweaty actors on treadmills. And that was pretty much it. Little did he know that the play originally intended only for a Fringe season would morph into Standstill, one of The Rebel Alliance’s most critically acclaimed shows to date.

Starring Kevin Keys (August: Osage County), Andi Crown (Yours Truly) and Josephine Stewart Tewhiu (Chalk), Standstill is about the moment in time when you reach the crossroads and realize that your life didn’t pan out the way you wanted it to and that maybe the dreams you had aren’t gonna happen. And the operative question is: What do you do?

Crown admits she has inadvertently been look at her own life’s trajectory, as a result of working on Standstill.

“I haven’t changed hugely on the surface but it is impossible not to take stock a little bit,” she says.

Crown did wonder fleetingly whether she would be fit enough to be on a treadmill for the 60-minute show.

“I used to run a lot – but my fitness has waned over the last two years. So I was very happy when Anders insisted that he didn’t care about our level of fitness. In fact he said he didn’t want us to be ridiculously fit, that he wanted us to be sweaty and tired to add dramatic effect,” she says.

In retrospect, fitness has not been the challenge.

“Remembering what to say at the right time was a little tough at first. It was also quite challenging trying to walk and deliver lines, without falling off [the treadmill]. But eventually the adrenalin just pumps you up and keeps you going. Instead ironically, it has become quite meditative, particularly once you get into the rhythm,” she says.

Playing multiple characters, including a male doctor, a bureaucrat and a factory worker, has been a blast for Crown.

Falstie-Jensen admits he had tagged her for the remount of Standstill, when they were working together on Yours Truly.

“Andi’s a really good comedian but she can switch to drama at the drop of a hat as well. Given the different storylines which switch rapidly I knew Andi would be great because she has good range,” he says.

And Crown says it was a treat working with Falstie-Jensen again.

“Anders has a wonderful openness about him. You can put forward an offer and make a suggestion and he’ll say ‘let’s try it’. It’s great to work with someone who’s not precious about his work and writing. He’s quite happy to make changes and move things around, if necessary,” she says.

Falstie-Jensen is equally complimentary about Crown.

“Andi has really good instincts – her ‘bullshit-o-metre’ is just right. She asks the right questions at the right times. And I trust her opinion. Her natural instinct is what makes her a good actor.”

The Rebel Alliance’s Standstill plays at The Loft, Q from 30 May until 9 June. Details see Q 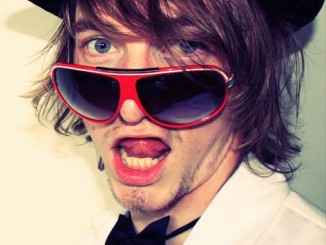