“New generations of actors and directors keep theatre alive” says NZ Theatre legend Miranda Harcourt, who toured New Zealand prisons with Verbatim, about a home invasion that ends with a murder, in the early 1990s . Miranda had been studying drama therapy in London and returned to New Zealand to create a project with the women at the Arohate Women’s prison. With writer William Brandt she devised Verbatim as a docu-drama, using real-life transcribed interviews with violent offenders, their families, and their victim’s families. “The poetry of the way real people speak has always been my favourite form”. She revisited the form a few years later in Portraits with Stuart McKenzie, this time about the rape and murder of a schoolgirl through the eyes of those mostly closely affected.

Now both works are  for the first time are to be performed together as double bill by a new creative team led by Last Tapes Theatre Company, for a mini-tour to both Auckland and Wellington.

“I am thrilled to hand the work and these wonderful characters over to a new team. These were the most intense and rewarding experiences of my career, I love these plays and feel as proud of them as we all did 20 years ago” says Harcourt.

Renée Lyons, who recently took her own solo show Nick to the Edinburgh Fringe, performs in Verbatim, while Fraser Brown and Jodie Rimmer perform in Portraits, under the direction of Jeff Szusterman.

Szusterman was initially “scared” that Verbatim might be too dated for 2013. “When I heard Verbatim at the read through I knew it wasn’t. The thing that initially dated Verbatim is the technology. People stealing videos. I didn’t want to update it to say DVDs. What has endured? Everything. Unfortunately.”

Szusterman their production is endeavouring to show “the real voices of real people on stage”. It’s not an easy subject matter to deal with, but he hopes that audiences to “will be confronted and feel something. The audience should expect what all great art does: to be moved.  I Hope they will leave with lots of questions and great conversations.”

In their press release, producers Robin Kelly and Cherie Moore write of the feeling that they were “approaching something vital and seminal in the history of New Zealand theatre” when they first read-through the plays. Putting on the productions now, in 2013, invites questions on how how criminal justice system deals with offenders and victims, the devastating effects of crime, and how much has changed twenty years later.

Kelly agrees with Szusterman that plays haven’t dated. “It’s all pretty much the same. Turn on the news tomorrow and there’ll probably be someone standing in a dock facing sentence. While these works don’t propose a solution to incidents like these, they do force us to examine the problem from a wider perspective.”

For Kelly, part of this wider perspective is because the play resists labels:

“We found a really strong connection with JustSpeak in that we both fundamentally believe in recognizing people as people, with families and communities – not ‘murders’ or ‘criminals’ in a cell. It’s rare to hear all the voices of those affected in the same place. We think theatre is the perfect medium to explore real human connections, so even though these works are hugely challenging, and present some of the most extreme examples of violent crime in New Zealand, it’s a chance for everyone to really examine their own moral response to an extreme challenge. We think that can be a really moving, and fairly revelatory experience sometimes. Ultimately too we’re hoping that people seeing these works won’t watch a news report on crime or sentencing in quite the same way again, without appreciating the bigger picture of the people affected.”

Touring to prisons was always Harcourt’s first intention in making Verbatim, she says “the work was about and for this audience first and foremost.” By playing in established theatre venues, it obviously brings a different type of crowd to the plays. The passage of twenty years in the case of Verbatim also potentially loses a sense of immediacy. I asked Kelly if this type of distance (across venues and time) made the play “safer”?

“The more we’ve watched Jeff and Renée delve in to ‘Verbatim’, the more awed we’ve been at the courage of Miranda and her team to take these confronting works in to a prison context. But even for us, in the relative safety of the theatre, the fact that these are real words from real people means that we’ve had to approach it with a lot of sensitivity and caution.

There’s also a real immediacy to these works outside of the prison context – after all they portray the voices of families of both victim and offender. We’ve actively tried to connect with support groups like Victim Support NZ and Pillars (supporting the families of NZs prisoners), and people from those networks will be coming to see the show and speak at brief forums afterwards, so even in the theatre we’re still very close to the impact of the works.”

Last Tapes have collaborated with Just Speak in bringing the season to today’s audience. Says Kelly:

“JustSpeak are an amazingly optimistic and proactive organization with a vision of NZ’s criminial justice system that doesn’t rely on locking the problem away. They are actively working to encourage discussion and debate about the criminal justice system and what we as a country could be doing better. JustSpeak bring passion and expertise to the table and we feel they are the perfect group to be collaborating with for this project. This is a chance for them to engage people through a different medium and it’s a chance for us to ensure there are people who really know what they’re talking about to.”

SEE ALSO: The Pantograph Punch’s interview with Miranda Harcourt on Verbatim and Portraits by Di White. 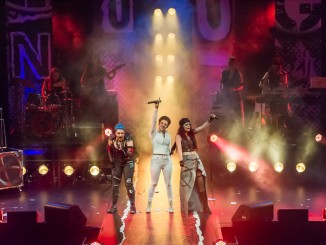 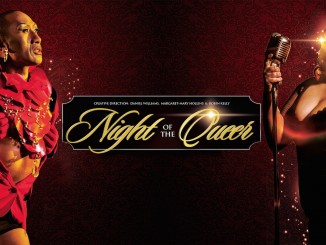 REVIEW: Night of the Queer (TAPAC) 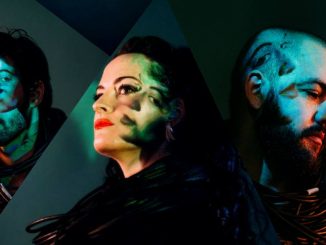