I put my hand up to review this show based solely on the poster: A snarling woman puking Black bile while her eyes scream bloody murder. Sold.

The moment actress Acacia O’Connor was screaming at me in German while covered in black war paint and pouring wine into an imaginary glass, I think this might be my favourite show of 2018.

Created and starring O’Connor, and directed by Richard Te Are, A Few Things I’ve Learnt about Dating and Death is a trip deep into a very specific id.

When you enter, O’Connor is standing on a stage covered by an ominous tarp, and surrounded by a series of innocuous-seeming posters with phrases like ‘He likes clocks’, ‘My Advice’ and ‘Urinary Tract Infection’.

Over 50 minutes, O’Connor runs through a series of what I can only call states: sometimes she is making angry declarations in German about love and death, before regressing into a childlike host, asking the audience for help picking a topic from the posters arrayed above her head. There is also ladder-climbing and splits – lots of splits.

The show is a great example of the power relationship between a performer and an audience, particularly in an intimate venue like the Basement Studio. There is none of the security that comes with distance or low lighting. There is nowhere to hide when the performer is barely feet from you, and can wander (or leap, or crawl around) the audience.

Water and paint are major components of the show, and O’Connor milks a lot of suspense from spraying these liquids around. The plastic sheeting provided as ‘protection’ only boosts the tension. Some of the funniest parts of the shows were watching other audience members reflexively raise their shields as O’Connor gestured about.

Seemingly bland combinations of words become hair triggers for barrages of vivid emotional and bodily reactions. Constantly shifting and re-forming before the viewer/hostage can get a handle on what is going on, O’Connor’s path is simultaneously easy to grasp in the moment, but cumulatively impossible to decode. Some of the associations are straightforward – signifiers of marriage equate to apocalyptic despair while infections represent cataclysmic betrayal of trust by a lover.

Hypnotic, weirdly carnal and constantly oscillating between rage and despair, A Few Things… defies easy categorisation, and yet I felt like I understood its reason for being – at least, what I think it is.

There is something about the show’s fixation with and rejection of cishet romance that feels more than just a joke. O’Connor’s mood swings and never-ending struggle between her desires and (implied) trauma feel like a reflection of the social mores that continue to dictate and constrain women’s behaviour. O’Connor’s perversion of speech, language and body is merely an extension of the perversity of the rituals (dating, marriage, sex) she both wishes to take part in, and simultaneously rejects.

I will admit, at the outset this show had me spooked. As soon as I sat down (in the front row), O’Connor handed me a red balloon with a smiley face on it. She told me it represented her first crush. His name was Tim.

About half an hour later, she crawled up to my seat and popped my balloon avatar. With her teeth.

So, on an unrelated note, this is the best show of all time and deserves all the Oscars, and maybe a Nobel Prize.

A Few Things I’ve Learnt about Dating and Death plays at Basement Theatre until 22nd September. 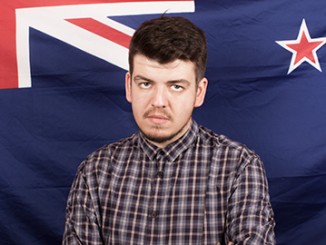 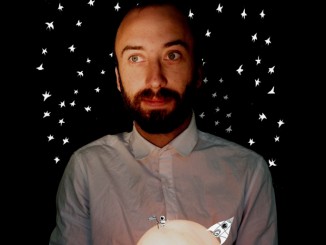 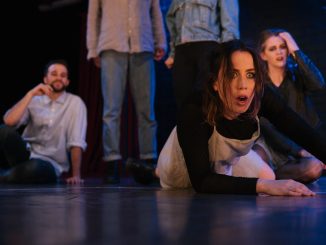