[Knead to See it]

I will take a basic understanding of the condition of theatre in Tāmaki Makaurau, Auckland as a given in discussing Silo Theatre’s enrapturing latest offering Break Bread.

(If you are not aware of the difficulties posed by the on-going lockdowns and now by the fast approaching traffic-light system to the theatre community in Aotearoa I suggest you read The Delta Difference: Why Aotearoa’s Performing Arts and Events Need Support Now and What You Can Do by James Wenley from September the 15th, Independent Artists Are Our Backbone So Why Is Nobody Listening to Them or Stepping in to Assist by Amber Liberté from October the 22nd, The Spinoff‘s Sam Brooks Lights out for 2021: How Auckland theatre is coping with lockdown fallout from November 13th, and Scene By James: When Will Arts In Aotearoa Get the Green Light by James Wenley from November the 20th to get a handle on the wider context.)

Now, with that out of the way, let me give thanks.

Thank you Silo for giving us this day our daily bread.

I have only been able to watch one other ‘made in Auckland’ show in the last three months (The Birthday Girl by Albert Belz, performed on Zoom by the University of Auckland’s second year drama students) – if you don’t count dinner table drama over who doesn’t want to do the dishes today. So when I say I was theatrically famished I mean famished. Mention is made in Break Bread of the manna which fell from heaven to feed the Israelites and form the bread which sustained them during the 40 years following the exodus from Egypt and a show like this is manna to the theatre community: a nourishing gift in a time of need.

Break Bread is intimate and epic, funny and miserably-close-to-home, outrageously entertaining and quietly optimistic. Filmed in the homes of the four performers [Alice Canton as ‘Alice’, Tom Clarke as ‘Tom’, Scotty Cotter as ‘Scotty’, and Freya Finch as ‘Freya’] the show offers the viewer a series of confections constructed by the meeting of lush characters, sublime props, and some excellent sound design by Sean Lynch.

Though Break Bread is divided into tantalising sections which include such titles as “Overture”, “Exodus”, “Titanic”, “Meditation”, “Pompeii”, “Great Fire of London”, it would be reductive to call it a sketch show.

Each segment is strongly bound together by careful framing, high quality audio, the font of the segment titles, and in particular, through Tom Clarke’s visually delicious Master of Ceremonies-esque role as ‘Tom’ in introducing each segment.

“Overture” offers a rousing and rather musical list of breads. Clarke’s mouth, adorned in velvet curtain red lipstick, fills the frame and enticingly calls to the viewer’s attention the many excellent types of bread in existence; from pumpernickel to pita.

This interest in bread is one of several threads which bind together the show’s millennia-spanning journey. Bread is central to the stories told, to the disasters that unfold, and provides a rich symbol which lies at the heart of the work, but equally present as the gluten is an exploration of isolation and the loss of hope.

The cast keep their word and there is not “one mention of the words Covid, virus, pandemic, vaccine, or lockdown” and yet the show is still concerned with working through the creeping madness and misery extended isolation and being cut off from community brings. Freya Finch’s Titanic obsessed ‘Freya’ will feel comically familiar to many and Alice Canton’s stressed ‘Alice’ who juggles multiple commitments and hobbies to keep herself sane will strike a chord with those of us who are still working from home and trying desperately to live. Both Finch and Canton are in fine form and the balancing of the cast’s many talents is particularly impressive.

As excellent as the performances are, I am, however, curious to know how present this theme was in the earlier iterations of Break Bread. The work has a history stretching back to pre-pandemic times and Finch and Canton have been with the project from the start. Is it simply impossible to focus on anything other than our isolation and loss at a time such as this is?

Happily, as I previously mentioned, the show is optimistic in the end and watching it is arguably a cathartic experience. The segments titled “Meditation” offer much needed stillness and intimacy. They present a mirror deftly wielded by Scotty Cotter’s ‘Scotty’, who for me reflected emotional truths and elicited hearty and genuine laughter in the moment of self-recognition. For these moments alone I would recommend the work as vital.

Part of the intimacy of these segments comes from the invitation to participate. Before the show begins you are instructed to gather a series of items:

  Matches or a lighter

  A glass of water

Do not be fooled into assuming the significance of these items, instead be prepared to be pleasantly surprised by the meaning they take on in the context of the show.

This element of physical engagement, the process of collecting the items, lends a much needed tangible element to the experience which I particularly appreciated in the absence of the trappings of a live show. Without the getting dressed and going out, the hubbub of an audience, or the mortifying sensation of being seen by the performers, watching theatre in the “discomfort” of my own home – as Clarke wryly puts it – lacks the desired sense of ritual often associated with attending a theatrical performance. Finding a way to meet this desire for audience participation in the ritual of theatre is one of the many challenges productions face when they either create for or transition to online delivery.

From the outset it would seem Break Bread strives to bridge this gap. The show title employs the verb rather than the present participle ‘breaking’ in the title, thus implicating the viewer in the action of the piece through this invitation and instruction to ‘break bread’; the items you are encouraged to prepare and interact with during the show therefore fulfil one part of this instruction.

The promotional material for the show promises Break Bread “isn’t a Zoom call…” and many will be thankful for this distinction. The sound is excellent, there is no wifi’s witch’s crackle, or overlapping of voices, there is almost no atmospheric noise, and the footage was seamlessly stitched together. Digging in the promotional material finds the show is described at one point as being “a blend of theatre and cinema” and this is an accurate description of the show I streamed from the video hosting site Vimeo. Break Bread is actually billed as a “livestream”, but unless the definition of livestreaming has changed recently the show I watched was ‘pre-prepared’ as such.

This did not detract so much as disappoint just a little. I missed the sense of risk which comes with knowing you are watching a live performance, but perhaps in the online space this extra level of crafting is simply the natural place for the director’s hand to be present in the work. I do not envy the task Sophie Roberts as Director and Jason Te Kare as Assistant Director were faced with in coordinating four separate sets of footage. Much of the success of the show must then be credited to their overarching creative vision.

And what a success it is, the show truly delights. A mixture of home truths and hilarity, Break Bread definitely entertains, but most importantly, it satisfies. You will leave feeling warmed by the hospitality of the cast and reminded of the necessity of community. There is emotional and physical sustenance to be found in the simple act of sitting down to Break Bread together.

BREAK BREAD will be ticketed and available worldwide from November 29 – December 19, streaming at 7.30pm & 8.30pm daily, with added shows at 4pm on Sundays (NZT). An original encounter at home on your screens, BREAK BREAD can be enjoyed from a computer, laptop or smart television screen in your bubble. For more information about access, visit silotheatre.co.nz 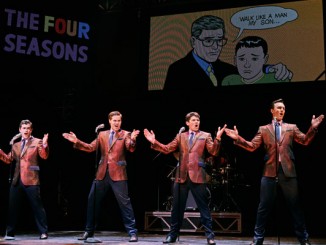 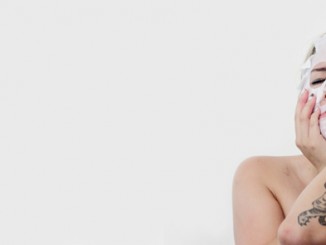 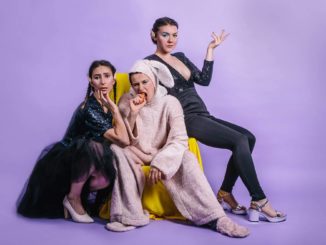