Clad in a white power suit and silk blouse, The Manager (Renaye Tamati) sits on a large, white leather computer chair at a glass desk. Plucky sales employee Emma enters and, at first, The Manager’s intentions are ambiguous. Flipflopping between friendly banter and withering stares, it seems The Manager wants to be more ‘friend’ than colleague –  or perhaps more ‘love interest’ than friend.

This potential plot avenue, which could have been an exploration of sexual coercion, is side-stepped in favour of a much more drastic turn. Emma is grilled by The Manager about her workplace relationships and, on the surface, this seems to be for her protection – but the term ‘romantic’ is defined specifically by this company as any act which can be construed as leading towards love. Emma is quizzed by the manager about her blossoming relationship with co-worker Darren, with her statements painstakingly compared to his.

Each meeting is steeped in hierarchical behaviour as Emma squirms to respond by the book, whereas Tamati’s The Manager moves between singsong friendliness and coded signs of female behaviour – resulting in a chilling confusion for both Emma and audience members. The Manager then forces Emma to make drastic decisions about her relationship with Darren, despite them having taken steps towards a future together.

Within these opening scenes, Tamati’s The Manager volleys pointed questions and there are many tongue in cheek moments which evoke audience laughter. Yet the narrative soon descends – quite rightly – into a humourless abyss.

Scenes are broken up by insipid lift music, which becomes distorted as the play continues. Lighting states similarly indicate Emma‘s frustration, and the continued focus on The Manager during these scene breaks gives Alexander her much needed ten seconds of respite.

The chemistry between Alexander and Tamati is electric, evidencing their strengths as actors and also highlights how their determination to work together has paid off. The show notes mention how, in search of a two hander, Beth and Renaye were trepidatious about the material – and with good reason.

Originally a radio play, the text evolved into a stage play in 2007. Writer Mike Bartlett took issue with the requirement for employees to declare work-place relationships, with the premise of the play in contradiction with strides of the modern day – especially in the wake of the #MeToo movement. Women are safeguarded from abuses of power now more than ever, which makes the play an even more uncomfortable watch. We have moved on from these workplace vulnerabilities… haven’t we?

Bartlett’s perspective – as a male writer who has a track record of depicting women pushed to ‘crazy’ criminal extremes, such as in his mini-series Doctor Foster – feels one-note at times. Had class had been considered; had Emma been on a zero-hours contract and not an integral cog in the sales workforce; had she been the lowest rung of the ladder, or in her first job without a wealth of experience – the production would have had even more resonance, with Emma’s desperate acts more believable.

That said, Alexander’s performance as Emma evolves incrementally, with subtle creative decisions providing us with a smooth slide into fantastical nightmare. Instead of remaining stone-faced throughout, Tamati’s vulnerability as The Manager leads us towards her dénouement with more empathy than one would first imagine. What could be interpreted as a man of privilege – pressed to answer the question ‘do you have kids?’ as a way to incite humanity – moves towards a surprisingly nuanced, empathetic woman.

An uncomfortable text, deftly handled by two power-house performers – both stretched to their extremes. 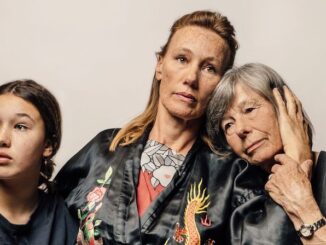 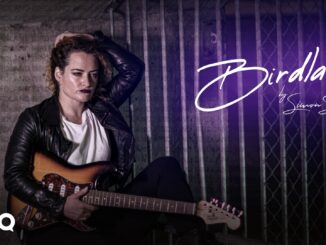 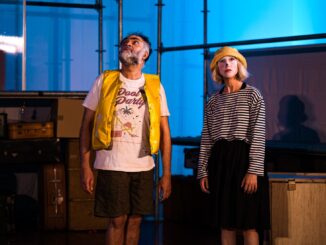