An engrossing look at two of the men behind Edmund Hillary and Tenzing Norgay’s successful ascent, Everest Untold is a multimedia production in which Sir John Hunt (Stephen Lovatt), the leader of the 1953 expedition, and George Lowe (Edwin Wright), the ‘other Kiwi’, tell the story of the team effort that went into the climb.

Written by Gareth Davies and directed by Toby Leach, Everest Untold is pretty entertaining for what is basically a slideshow. The action is played as a presentation by Hunt and Lowe to a New Zealand climbing club, with Hunt providing context and Lowe colour commentary on certain details his more restrained colleague would rather overlook (mostly bodily function stuff).

The story is a fascinating one, especially when accompanied by photos from the expedition, which is the best aspect of the show. While the performers are engaging, their characters never really emerge from the story they are telling.

This is not a weakness — the show is a deconstruction of a myth. Hunt and Lowe are not only characters themselves, they are also standing in for all the other men involved in the expedition. Hearing Hunt and Lowe talk about the logistics and challenges leading up to Hillary and Norgay’s final push up to the mountain doesn’t puncture the legend, it grounds it. Davies’s script makes the summit of Everest a story about people, with weaknesses and foibles, engaging a battle of wits and stamina against one of nature’s most pitiless outcroppings.

If you have an interest in Ed Hillary or not, you’ll enjoy it. This show takes him off the $5 note and makes him a flesh-and-blood human being, while paying tribute to the men who got him to the top. Everest Untold is a fine piece of historical narrative, and well worth a look.

Everest Untold is presented by Ffynroc Productions with Auckland Live and plays at the Herald Theatre until Sat 4 June. Details see Auckland Live. 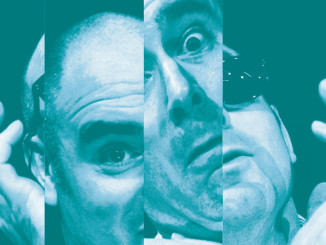 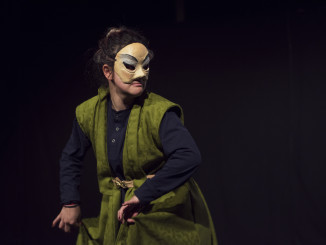 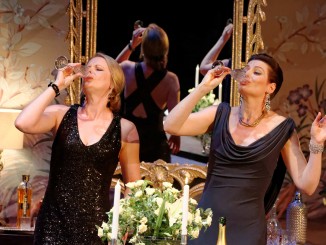