No Doubt [by Matt Baker]

Religion is a goldmine for comedians. It’s also an easy target, which some exploit to disseminate their philosophical views, and while that’s perfectly valid in the comedy medium, it’s not the aim for Eli Matthewson. Instead, the concept of faith, or, more specifically, losing it, is a chance for Matthewson to simply expose not only some of its fallibilities, but also his own, without turning the show into an awkward diatribe or neurotic episode respectively.

Matthewson is a consummate comedic professional. His show is so perfectly worded and so finely-tuned you’d think it was an edited DVD special. He doesn’t take a single breath and doesn’t use one superfluous word if it isn’t somehow working towards a joke. The show is so quick-fire that even when Matthewson probes the odd audience member to reinforce the universality of a topic, there’s no moment of hesitation, which simply reinforces the entire audiences’ trust and comfort in his role as the performer.

In comparison to not only his fellow 2015 Billy T nominees, but also every other New Zealand comedian, Matthewson is noticeably similar to the American stand-up style of delivery and content. He hasn’t attempted to create a cathartic comedy that resonates with people emotionally; he’s made a show that makes people laugh, non-stop, for an hour. If you had any doubt as to whether New Zealand comedians could hold their own with their international counterparts, have faith in Eli Matthewson.

Faith plays at The Basement until May 16. For details see the Comedy Festival. 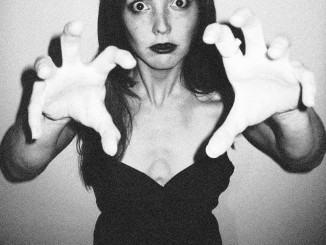