Written and directed by Sarah Graham, F*ck Love revolves around the lives of three twenty-something women in Auckland, each succumbing to and working their way through the effects of love. The play gets a passing grade on the Bechdel test, mainly because the love it explores is not only that between men and women, but the platonic love between female friends.

Confined to the open plan living of an apartment designed by Bruce Graham, there is a regular flow of entrances and exits, and periodic evocation of offstage characters, which prevents a stagnant setting and creates a full world in which the play can exist. John Lepper’s lighting design keeps things simple, playing with minimum and maximum effect for the monologues and musical moments.

Anoushka Klaus successfully avoids coming across as a complete bitch of a character considering her journey, allowing her insecurities and self-doubts to manifest naturally, without playing them directly. Ema Barton also manages to justify her character’s actions throughout the play, with a nonchalance that is devoid of idiocy and a morality that, at the very least, attempts to point north.

Completing the trio is Jacqui Nauman, who steals the show with perfectly timed throwaway lines and a capricious thought process. At first coming across somewhat one-noted in the opening scene, Nauman clearly relishes the role and quickly finds plenty to play with.

Which is what makes this play work. Graham’s script allows each actress to play a variety of notes within their respective roles in the trio, and, while each is unique, none of the characters are locked in by their uniqueness, consequently preventing them from coming across as stereotypical portrayals of particular women, and they are particular women. There were, however, one or two lines that, while I’ve heard in everyday speech many a time, clunked under the theatricality, albeit naturalistic theatricality, of the play.

Constructed via a plethora of conversations, Graham has managed to collate her characters so that each is fully formed and three-dimensional, without coming across as a Frankenstein of femininity. While the play doesn’t necessarily address the full grandeur of its theme, within the context of a ‘family’ drama, it is a competent commentary. It is New Zealand’s theatrical answer to Sex And The City… but with intelligent characters… aimed at an intelligent audience… created by intelligent people.

F*ck Love is presented by Midnight Hallways and plays at The Basement Studio until 22nd June. Details see The Basement. 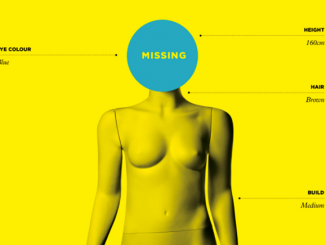