George Brant’s script of Grounded is so extraordinary that if nothing else it is absolutely worth going to see such a wonderful piece of writing come to life. Grounded is a complex and moving portrayal of one female pilots struggle with motherhood, marriage, and being ‘grounded’ as a drone-pilot. Essentially an hour-long monologue, the pacing and variation in the writing are thoughtful and rich enough to create a highly compelling piece of theatre.

The set is minimal, and the visual sparseness nicely echoes the world of American suburbia and military life in which the story takes place. Despite this sparseness the staging effectively creates different physical and mental worlds that the audience travels to with the protagonist throughout the piece. This was aided by Austin Mason’s lighting design, which uses both naturalistic and stylistic lighting to good effect. Unfortunately a few of the cues were off, which diminished the efficacy of the lighting plan at aiding and complementing the story telling. The soundtrack is an important element of this show, and well integrated into the piece.

A few elements of the set and staging are a little jarring such when she pauses to take a drink of water from a bottle, and the low quality projection does not always correspond with the Pilot’s descriptions. These elements both feel a little underdeveloped and could be better incorporated into the piece.

Erica Kroger does well with such a challenging role, and her energetic performance compliments the pacing of the script. She brings the characters of her husband and daughter to life – despite their physical absence from the stage – through humorous mimicry.  Her portrayal of a wife and mother stretched beyond her limits is heart-felt, however, as the play progresses her performance remains static. Ultimately her delivery in the emotionally charged final scenes leaves me flat, and I do not gain an empathic understanding of the final stages of her characters journey.

Overall, Grounded is an enjoyable and engaging piece of theatre. Thoughtfully executed, the script is undoubtedly the strongest feature.

Grounded is presented by Northern Lights and plays as part of Auckland Fringe at Q Vault until 21st February. Details see iTICKET.

Rose Archer is a film producer and production manager and an avid consumer of theatre. 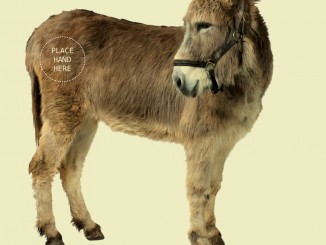