If you go to see Gioachino Rosinni‘s version of Cinderella aka La cenerentola with an open mind I can guarantee that you are in for a veritable feast that will satisfy all your senses.

But if you’re expecting pumpkins, carriages, rodents, wands, glass slippers and fairy godmothers you are bound to be disappointed. So my advice: leave all your preconceptions behind and prepare yourself for the time of your life.

Dan Potra‘s amazing set is the first thing that assaults your senses as you walk into the auditorium – and it’s obvious that we’re in for a visual treat. His consistently fantastical and beautifully executed sets make for an amazing backdrops for all the dramatic activity taking place in the foreground throughout. Just like the incredible sets, the costumes complement the sets remarkably well, due to the astute execution of the intricate and flamboyant costumes thanks to head of wardrobe aka the incomparable costumier Elizabeth Whiting‘s team. Her ability to use the perfect materials and colours to depict the various characters on stage helps with their characterisation, makes each of the people on stage recognisable from the get-go. The costumes are an integral part of the whole production’s success, which once again work fabulously well with Lindy Hume’s deft direction. Her ability to bring out the wit and humour, that’s injected in this particular production, resonates with the audience in spades.

Andrew Collis (Don Magnifico) is a crowd favourite as Cinderella‘s stepfather – his mere presence on stage has the audience erupting in raucous laughter. Likewise Amelia Berry and Rachel Pike as the ugly stepsisters garner their fair share of the laughs.

Much as I thoroughly enjoyed the entire production, I must admit that I felt John Tessier cast as Don Ramiro aka the ‘handsome prince’ did not work for me on many levels. As my opera partner for the night so rightly said the Prince definitely “was not a virile man”. In short he did not exude any sort of magnetism that made him a believable Prince. And consequently there was no chemistry between the Prince and Cinderella (Sarah Castle) herself.

I would be remiss if I didn’t mention the Freemasons NZ Opera Chorus. Their stage presence was enhanced by the choreographer Tairoa Royal’s innovative movement, stealing the show each time that they tread the boards. It was extremely refreshing to see a sprightly chorus, which added an extra dimension giving them poise style and grace throughout.

This perfectly executed version of Cinderella makes for the ideal first opera experience. A sentiment echoed after the show by one of my friends who’s planning to take her 10-year-old son to the production as an introduction to the Opera experience.

So whether you’re a novice or a veteran as an opera-goer, Rosinni‘s La cenerentola is definitely a must see – one that will warm the cockles of your heart on a cold winter’s night.

La cenerentola is presented by NZ Opera and plays at the ASB Theatre, Aotea Centre until June 7. For details see Ticketmaster 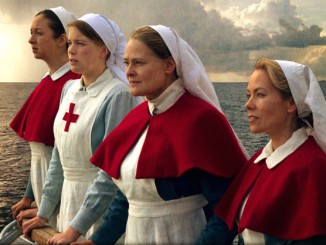 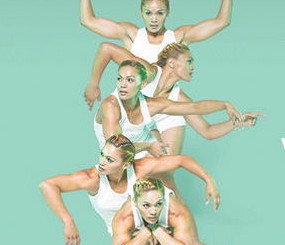