From Liz Carpenter and Alana Kelly’s poster design to the un-credited set design in performance, the teacup motif in Munted is both an accurate and elegant metaphor for the fragility and communal aspects of life surrounding the February earthquake. It is also brilliantly used in breaking the fourth wall the moment the audience enters the performance space, which consequently enriches the experience of this documentary theatre piece.*

Head writer, performer, Toi Whakaari graduate, and one half of Bare Hunt Collective; Victoria Abbott, has overseen a level-headed script, which avoids over sentimentalising the stories at heart and confines the verbatim dialogue into appropriately timed segments with respect to their content. Abbott is also a flawless performer, who emanates characters with simple yet full idiosyncrasies and never misses a beat.

As a second year student, Frith Horan continues to represent Toi Whakaari well, with equally solid characterisations, which, though comparatively less colourful, create an anchor for Abbott’s more prominent characters. Producer and performer Jackie Shaw’s theoretically focused background is evident in comparison, but not to any degree that her performance weakens the story as a whole or the stories of those whose she tells separately. Each of these actresses has a very different set of sensibilities, and together they weave a solid tapestry with a generous amount of comedic talent.

Director Katharine McGill coordinates the actresses and narrative logic well, keeping characters and their worlds within particular spatial parameters on the stage, which assists in the audience’s ability to follow certain changes. Rachel Marlow’s lighting design uses a variety of snaps to assist in the play’s vignette style presentation with strong yet subtle colour schemes, and Kelly’s sound design, while limited, is the perfect theatrical element to immediately bring us into the world of the play. Excerpts from both the director and Bare Hunt Collective’s programme notes such as ‘communicate,’ ‘community,’ and ‘activate our audiences by showing our world through a multitude of different [sic] viewpoints,’ continue to hammer down the importance of theatre without layering it with a sense of pretentiousness, something with which documentary theatre – due to its undiluted representation of the people – can cleanly get away.

Aside from specific theatrical techniques or elements, there is some difficulty though in differentiating documentary theatre pieces from one another, and, considering McGill and Abbott’s involvement, the obvious comparison is The Laramie Project: 10 Years Later performed earlier this year in both Wellington and Auckland, the most significant comparability of which is the narrative use of the company within the world of the play. While it’s used well in Munted to both introduce the style of the play and bring it to a distinct conclusion, I would have preferred what limited input there was from the interviewers throughout to have been struck completely, with the exception of the Abbott sibling’s exchange (for its humour) and the offer of tea to the ‘policewoman’ (for its affecting reinforcement of the teacup motif).

What makes this play unique is its informality, the achievement of which is easier said than done. While it doesn’t necessarily introduce any new perspectives on the events, it does present them to us as stories that are devoid of media bombardment; the statistics and footage that muddied simply listening to someone speak of their experiences or even dampened their story due to its use as news fodder. It is a relevant factor surrounding our knowledge of the quake (especially that of those of us living outside of Christchurch) and is a just reflection of the ethos proclaimed by Bare Hunt Collective and of documentary theatre. I can only imagine the catharsis this play must have offered the people of Christchurch – while successfully avoiding the egocentricities of drama therapy. For the rest of us it affords the opportunity to sit down and listen without distraction.

* I highly recommend not taking a drink into the show.

Munted is presented by Bare Hunt Collective and plays at The Basement Studio until 8th December. More details see The Basement. 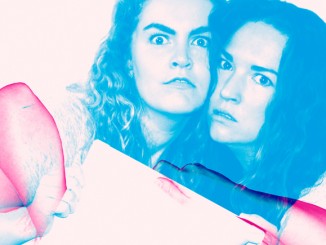 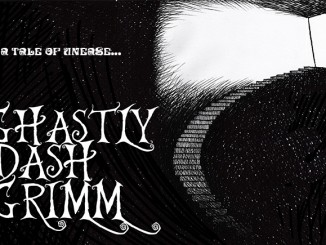 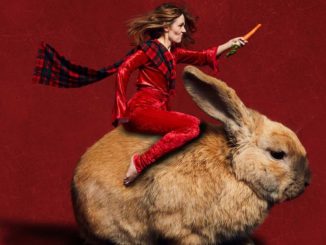