[Poetry from the Puzzy]

A major concern in theatre that deals with LGBTIQ identity is often the validity of labels. Which box do we fit into? Do we have to decide? Gay? Lesbian? Bi? These are the questions  hurled at Mele (Frankie Adams) in the opening sequence of Puzzy, and immediately reflects a relatable plight for young people uncertain of the identity which best describes them. What sets Puzzy apart from other queer theatre, is its exploration not only of these questions of sexual and gender identities, but of other identifiers such as ‘Jehovah’s witness’ and ‘Samoan’ in relation to being a young lesbian. Mele’s got a lot of labels to work through, but as she frantically proclaims at the very start of the play, “All I know is that I like pussy!”

Playwright Kiki is a Hawaiian based, Samoan-Filipina lesbian writer, and her original text has been adapted from a Hawaiian setting to New Zealand, with the help of Black Faggot writer Victor Rodger. This national specificity is best exemplified with a sudden and joyous rendition of the dance from Justin Bieber’s ‘Sorry’, choreographed by New Zealander Parris Goebel and originally featuring an all Kiwi dance troupe. I’m struck by the amount of pride we clearly take in this pop culture kiwiography, as the audience erupt into hoots and cheers.

The show is carried by four talented and strong female performers  – Adams, Nora Aati, Malia Ahovelo and Gabby Solomona – who handle the slick transitions between characters, scenes and emotion with confidence and humour. With a lightning pace, we are launched into dating profiles, spoken word, church antics, clubbing and one night stands.

The queer community is often accused of promiscuity, and this label is also examined. Mele engages in several hook ups, both good and bad, and these experiences are recreated with simple yet ingenious mime from Nora Aati and Frankie Adams, resulting in outrageously explicit hilarity. The desire to be liberal and sexually free is ever present, but constantly challenged by not only the church, but by Mele’s own partners, offering a more complex relationship between sex, sexuality, and spirituality.

The script very usefully presents us with the terms “Pre-colonial romantic” vs. “Post-colonial Christian”. This dialectic is explored in many ways throughout the play, and especially through an OKcupid date, where Mele wants to reach out but is unable to because of her religious upbringing. Refreshingly, the validity of Mele’s faith is not presented as necessarily negative, but rather, just another label that makes up who she is, but can never completely define her.

The show reaches its emotional core with the struggle of Mele to come out to her devoutly religious grandmother. As Mele struggles for the right words, despite the sweetness and comedy of the show, my heart feels heavy with the all too familiar anxiety of the pressure to come out to your loved ones. Despite being largely a rollicking comedy, when Puzzy tackles heartfelt drama, the result is genuine and touching, rather than overwrought and melodramatic. Gaby Solomona’s portrayal of a religious, Samoan grandmother is rooted in a heartbreaking realism. Mele’s remorse – often muttering “Sorry” after any admission of her sexuality, doubled  with the theme of her elders disappointment in her, is believable and cutting.

Again and again the audience responds with uproarious laughter and applause.  It is the humour and and boldness of the text that carries not only the show, but often the survival of queer women in the face of rejection from our families or society. Puzzy‘s ultimate ability not to take itself too seriously is uplifting.

Puzzy is presented as part of The Basement’s mini Pride Fest for the larger Auckland Pride Festival. I can only hope that the other plays within the festival offer such fresh and new versions of the coming out and coming of age story. The creators acknowledge that this is the first play in New Zealand to specifically shine a light upon Pacific Island lesbians. Visibility and representation of the variety of queer experiences is important, and Puzzy succeeds in not only this, but in creating a heartfelt and hilarious story that can be accessed by all in it’s relatability. The coherency of Anapela Poltaivao’s direction, the talent of the performers, as well as a clever comedic script, ensures that the hour long play snaps along. One of Solomona’s characters proudly proclaims, “Pussy makes me poetic and shit!” This seems to be a reflection of the entire work: self aware and playful, and at its core, pure poetry.

Puzzy is presented for the Auckland Pride Festival and plays at The Basement until 13 Feb. Details see The Basement.

Courtney Bassett is a writer and actor studying at the University of Auckland. 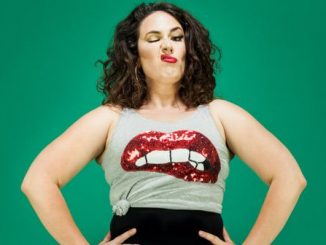 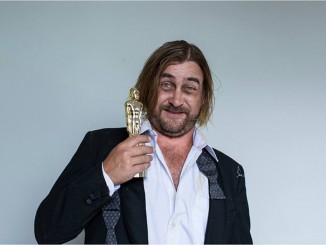