Rēka grew from the short work AUĒ that won the Risk Taker Award at Short + Sweet Dance 2017. The original was reviewed as being restricted by the ten-minute time limit, and suggesting a longer work to come. True to the original, Rēka aims to be controversial and elicit a response from its audience; programme notes describe the work as a “contemporary dance provocation”. It is performed by two men and two women, including choreographer Vivian Aue in the lead role.

The work contains some effective imagery framed by The Basement’s black box setting. In particular, a beautiful tapa is used sparingly but with deliberate effect. The final moments see the tapa drawn down the length of the performance space, creating warm reflections from lighting previously playing off a black dance floor.

There are moments of dance amidst physical theatre: the beautiful articulation of the women’s hands, a quick unison section of rhythmic jumping reminiscent of Neil Ieremeia’s signature choreographic style, and a fusion of hip hop and Pasifika movement in an impressively controlled solo by one of the women.

Music accompaniment, created by Aue, is layered with live voice and song, drawing on a range of Pasifika languages. The distortion and editing mean that the Pasifika instrumentation is not heard with its usual power and clarity, the score relying instead on repetitive electronic base. At 50 minutes in length, Rēka feels drawn out. Opportunities to build to energetic high points are sometimes missed, as the choreography disregards the tempo of the recorded sound, performed instead as though sound is not occurring.

Rēka’s intentions may be problematic – while the style of this physical theatre is clear, the delivery isn’t. Aue’s energy and expression are not the standard neutral of contemporary dance; at times this means his character comes across as a sexual pervert. Laughter and hushing motifs are performed with limited conviction, and sometimes seem the result of a loss of character in response to the embarrassed whispers and giggles of audience members. The tension between traditional and post-missionary sexual taboos across the Pacific Islands remains unexplored, leaving the work somewhere in between theatre and dance, rehearsal and performance.

Rēka plays at The Basement until 28 Oct. 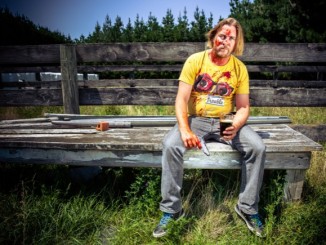 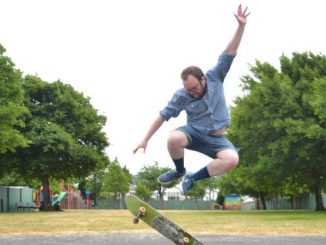 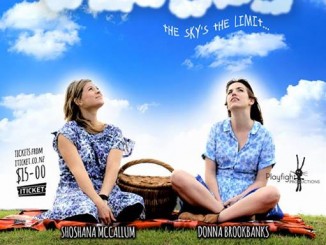