[Come for Candy, Stay to be Compelled]

It is often considered unwise for an actor to share the stage with a child or a dog, as these smaller, less-inhibited performers tend to possess an almost magnetic draw upon an audience’s attention. To this company Emily Hurley’s explosive work The Judas Sheep adds a third guaranteed scene stealer- the titular articulated lamb puppet named Candy. Puppeteered by Yin-Chi Lee, Candy’s wide eyes and infectious curiosity will have you cooing with delight as she flicks her ears and asks the audience for scratches.

While Lee’s spritely manipulation of Candy in many ways tempers the surrounding maelstrom of emotions, sounds, and images offering moments of levity and wonder, Candy, as the title suggests, is more than the usual frolicking symbol of innocence. This lamb, the Judas lamb, also plays a portentous role in the story of mental illness which is unravelled on-stage over the course of the show.

The Judas Sheep was generated in response to Hurley’s discovery that her great grandmother Emily Horrell was institutionalised for a year following an episode of postpartum psychosis. The piece has been developed over a series of stagings with a development season at Studio One Toi Tu selling out in 2020. I was lucky enough to see an early workshopping of this piece in 2019 and audience members who caught the development season will surely find this latest communication of Emily Horrell’s experiences, as guided by new hands (dramaturg Daniel Goodwin and movement director Amber Liberté), no less uncanny and profoundly moving.

The sensation of disconnection felt by persons experiencing psychosis is convincingly conveyed as the other performers (Zoe White, and Chris Marshall) seem to hover just out of reach of Hurley as Horrell White’s nurse figure silently circles as an embodiment of the Sunnyside Mental Hospital; Candy goes missing and will not come when called; and the double bass player Chris Marshall speaks to the audience. Marshall also provides the most consistent aural component of the experience, an atmospheric soundscape which ranges from charming melodies to unnerving skittering bowing and whistling harmonics. The incidental music is largely pizzicato which (in contrast to the breathier, airier sounds produced when the instrument is bowed) produces a pulsing rhythmic sensation, acting as a tonal heartbeat.

There is the refreshing sense that each element of this show, from Marshall’s multifarious role to the shoes worn by the performers appears to be underpinned by a focus on both symbolic and practical versatility. Each prop, each lighting state (as designed and operated by Zane Allen) layers image upon image. The set serves as a particularly good example of this attention to detail. On the audience’s left a calico panel is hung, upon this panel shadows are cast or footage of roiling natural matter is projected. On the audience’s right a sheet of parachute silk billows and behind this hangs two further gossamer panels of what looks to be organza. Not only does this set design make the most of the limited stage space but these panels allow for a myriad of different interactions, entrances and exits, and serve as canvases for the aforementioned shadow play and projection. The effect is aesthetically pleasing and theatrically satisfying – production designer Divyaa Kumar should be very pleased.

Just as the performers pass between these physical and visual layers of fabric and film, Emily Horrell is shown to slip between states of loss and pain, fear and immobilisation, disconnection and unsteady presence. The communication of these states is largely physical. Hurley arranges her limbs into contorted motifs, an almost semiotic expression of internal fracturing. Sometimes intense and repeated movement can become mechanical or overly performative but Hurley folds and unfolds in an extended undulating collapse managing to maintain the honesty of the emotion articulated. The work is disquieting at times but never truly distressing. A content warning is given on the Basement website and is also presented helpfully at the door to the Studio space.

The Judas Sheep is at once a compelling manifestation of Emily Horrell’s specific experience and an empathetic exploration of mental illness. Even though Candy threatens to hog the limelight the rest of Hurley’s show is enthralling enough to hold its own. 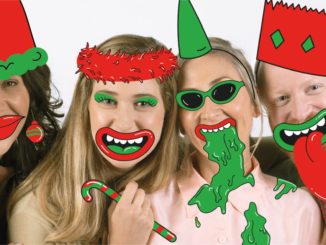 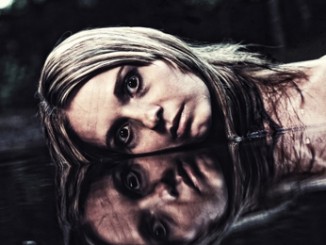 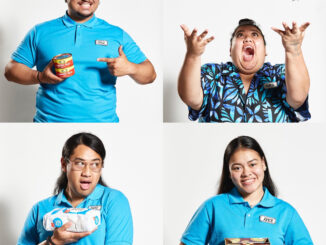