While the Auckland Fringe Festival officially begins this Friday 24th February, unofficially it opened with numerous bangs from simulated shotguns last night in Myers Park with the outdoor visual feast When Animals Dream of Sheep. Inspired by the true stories of the illegal release of deer on a Dutch Island, and NZ’s introduction and culling of the animal, it’s surreal, unexpected and utterly bizarre. And in the best possible way.

Myers Park is generally avoided after dark. It is brilliant then to see it appropriated as a welcoming performing arts space. Down the steps from St Kevin’s arcade, a seating area is sectioned off. Audience members are encouraged to bring blankets, and we find a particularly nice mound near the top to sit on. The large bank (Queen St end) is well exploited as an expansive playing space and canvas – actors (and memorabily deer) enter right at the top and slowly make their way closer to us. Down the hill is a small makeshift ‘room’ with a paper screen that video footage is protected on, and there is a camping tent belonging to one of the musically gifted locals (who provides unusual musical accompaniment throughout the show – a real highlight). Street lamps and added lighting fixtures ensure the space is well lit – from my angle it even looks like the Michangelo’s Moses statue helps out by holding one of the lights!

Four locals give an account of the introduction of the Red Deer to their Island. In brief: Hunters want more game to hunt on the Island, but the rules stop them from introducing species to the island. So they secretly transport deer from the mainland, but put two in the sea, making it seem like they swum there. The locals recount the early movements of the deer populations, and the mystery over their numbers. There’s some digs against bureaucracy and arcane rules; making the point that bureaucrats “decide if an animal has the right to be there or not”. The actors move all around the bank, and their account is given in a documentary interview style, each giving their take as the events unfold. There’s a bit of an afterschool kid’s show element to it to, the locals agreeing with each other and saying things together.

Unfortunately, and inevitably, lapel microphones had to be used in this space to convey this dialogue, which crapped in and out throughout the show, making some of the storytelling hard to follow. There was a lack of polish as a group, and not all of the ‘ALL’ lines were spoken at the same time (intentional or not I’m not sure), but I grant them the challenges of keeping connected in this space are particularly difficult.

The show really becomes sublime in the second half when it enters a dreamscape sequence and morphs the boundaries of ‘human’ and ‘animal’. As an actor falls asleep on the small stage, a video is projected of two women very calmly and eerily telling us repeatedly “close your eyes… go to sleep… everything will be okay” (I read afterwards that this is a live skype connection to show collaborators ‘TragicTrio’ in the Netherlands – wow!). The show is now a whirl of surreal images: a magnificent company of deer with bright shining eyes (excellent design work), construction workers move planks to create a path which a blindfolded woman walks along, a mattress sneaks away.

The show is most effective in these moments with no dialogue, and we are able to watch, and listen to the strange soundtrack. I feel that the less successful exposition in the first half of the show, although interesting, is rendered unnecessary; we don’t need to know all that in order to be able to appreciate what’s happening before our eyes here. The last section of the play is a wonderfully absurd sketch about a recognisable anthropomorphic deer family (actors wear large dear heads) with a rebellious teenage daughter. A dear hunt through the audience is also a nice moment, and we finally get to see some of the actors up close.

In live theatre you get the sense that anything could happen, this is even truer in the Myers Park setting. Director/devisor Stephen Bain comes up again and again with many different surprising images, moments, and ways to use the space in the park (including air space!). The open setting also means there are some unpredictable moments from members of the public wondering past. A section where the actors are hidden, making a cacophony of deer sounds (mating calls?), was heightened wonderfully by two blonde ladies walking up the path between audience and ‘stage’ in much confusion.  Traffic noises and police sirens sometimes intervene too.

Very much like a dream, When Animals Dream of Sheep doesn’t make much logical sense, to me at least. But like a dream it treats you to a cascade of surreal images that takes you firmly out of the everyday world and leaves you much to wonder about.  11 actors take their bow, but the audience lights, of course, don’t come up – there are none. The text on the projection screen asks us to walk safely through the forest; we pick ourselves up and walk out through the night, better for the experience.

When Animals Dream of Sheep plays as part of the Auckland Fringe Festival at Lower Myers Park 23- 27 February, 8:30pm 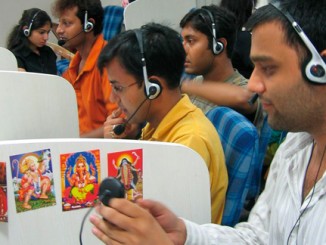