Far from abominable [by Matt Baker]

Love, lust, manipulation, jealously, and revenge are the key ingredients of any great melodrama, and no Auckland based theatrical melodrama has proved so great as The Moving Theatre Company’s Yeti Trilogy. Encompassing original productions Dan Is Dead: I Am Yeti and Yeti Is Dead: I Am Tom, the Yeti Trilogy incorporates a third act, Yeti In The Himalayas, to create a madcap 2 hour show based on the shenanigans of New Zealand’s favourite Nepalese character.

As titular immigrant Yeti, Natalie Medlock’s comedic timing and delivery is brilliant – to the extent that it is often hard to tell which lines are coming from the script and which are coming spontaneously based on the audience’s reactions. What makes her character so appealing, regardless of some of her actions, is her innocence and role as a foreigner, and her attempts to understand and incorporate theaspects of Kiwi life… mate. It’s a testament to absurdist theatre how much this play genuinely touches upon serious social and moral issues, however lightly it may do so.

Tom Sainsbury pitches the mundaneness of his character at a level that both prevents him from irreverent acting, and allows him to escalate into moments of heightened emotion with great ease. As Simon, Dan Musgrove brings a great dynamic to the cast, giving a strong juxtaposition between his Yeti portrayal and Medlock’s, as well as Sainsbury’s melancholia. As Tom’s mum, Musgrove drives through his scenes and hits the beats as he goes in what is more or less a functional character.

Yvette Parsons rounds off the central cast with the most extreme character portrayal. While said extremity works well to counterbalance the other characters, it more often than not prevents Parsons from delivering a truthful performance via a grounding in her given circumstances – even melodrama has to be weighted in some degree of truth by the performer. Chris Parker leads the deus ex machine penultimate scene as the cleverly foreshadowed TV show host Dr. Chris, making the most of his ability to interact directly with the audience and the advantage of a microphone to demonstrate his comedic skills.

Set and props (uncredited) with illustrations by Josephine Stewart-Tewhiu are simple and reflect the light-hearted nature of the production, as summed up by Yeti herself in one of her Brechtian moments. Lighting design and operation by Andrew Potvin is equally minimal, but highlighted well in the monologic moments.

It’s inevitable that such a show would be readily accepted by an opening night crowd of industry professionals, especially those who have been exposed to Yeti in previous productions. My concern with the first Yeti was that much of the humour was industry specific and therefore incomprehensible for wider audiences. However, the Yeti Trilogy broadens the horizon of its comedic spectrum, from Star Wars and television shows of the 80s and 90s, to PledgeMe and the National government’s relationship with Warner Bros. Regardless of the absurdity of the play, the story is a credible relationship drama, with strong and identifiable characters. Add to this a brilliant time-lapse sequence performed by Sainsbury and you’ve got a thoroughly entertaining show.

Yeti Trilogy is presented by Moving Theatre Company and plays at The Basement until 7 September. For details see iTICKET. 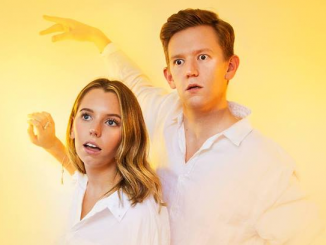 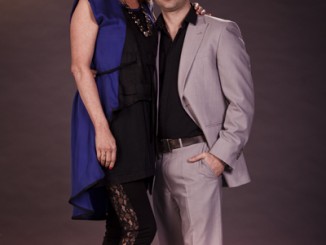