The Yo Future movement has been spreading across the country. First devised in Wellington in 2011, Director Jo Randerson has worked with youth from Invercargill, Hamilton, Wairarapa and asked them provocations like “What does the world look like to you?” and “what would you fight for?” to create their past, present and Yo Future.

The 14 member cast enter one by one and present themselves to us. With the audience split by traverse staging, the cast keep turning to see us all, and keep shuffling to get themselves in the right order. It’s a suitably awkward way to meet them, not quite sure of their place in the world. These are the Millennials aka Generation Y aka the Me generation aka the Peter Pan generation, born after 1984, categorised negatively by being narcissistic, lazy and politically disengaged, and categorised positively as open-minded, connected, and self-expressive.

The cast seem like a typical local cross-section, and they’re very much the real deal.  Under Randerson’s guidance they’ve formed a tight ensemble core.  Randerson calls the style “contemporary clowning” and “choral choreography”, and the show is built with a series of games and encounters. For example, they’ve built on the classic theatre exercise of ‘pass the object’, three of the cast participating in imaginative play as they passed an expanding invisible ball that had dropped from the sky. Just when I was starting to feel disconnected from this playing (it’s not shared with us), the first group of clowns strut in to disrupt their game. These are the Starbucks drinking, fashionista, look-at-me divas such as you might find on High Street, a parody of the spoilt millennials leaching money off their parents. Later we also meet a group of teen drinkers, selfie-obsessed and giggling like hyenas. Both are fairly strong critiques of these social types, both are groups of girls, and I wonder where the male clowns are at?

It is powerful when one of the drinkers (Kat Ratcliffe) rejects that stereotype and sits down to deliver an angsty folk song on guitar, a call not to be defined by narrow labels.

As a Millennial reviewer I’m a little dubious of the “Yo” in the title – who says this un-ironically these days? It’s the type of greeting those from older generations might think we say. Instead, I hear a lot of “Hi” and “Sups” when the cast acknowledge each other at the beginning of the show. It didn’t ring true either when some of the group rushed around the audience with pamphlets admonishing us to support causes – “Do you care about people?”, “Do you care?” This is the generation of liking, sharing, e-signatures and viral water bucket challenges. I was reassured when later in the show, inspired by the shallow divas, they hopped on a “hashtag activism” bandwagon.

Matt Eller’s soundscape is built of computer errors and popular songs, resulting in a Pavlovian response every time they play.

There are many strong ensemble moments throughout the show. Smartphones are pulled out, and the cast spread out in their own bubbles of isolated connection. The chorus work is most successful physically, at times the cast’s improvisations to each other, seemingly looking for laughs, comes off as forced, or to invoke a popular millennial term, lame.

The second half of the show is built around a remarkable metallic bull that is revealed to be something of a magic box. A magician (Nicole Steven) sells them a hopeful vision of the future, where they’ll be no gap between the rich and poor. But when others are transported to the future, their report is full of horrors.

The ensemble is increasingly divided, especially effective is the introduction of inequality in the previous tight unit, and we watch the group dynamics as jealously, greed, and chaos takes over.

Yo Future is not always accessible in conveying the meaning agreed in the rehearsal room to the audience. But I like too that there is work involved for us to make sense of their experience.  A timely warning and challenge for millennials, baby boomers and anyone who has a stake in the future.

Yo Future is presented by Barbarian Productions and Show Pony and plays at TAPAC until 25 October.  Details see TAPAC. 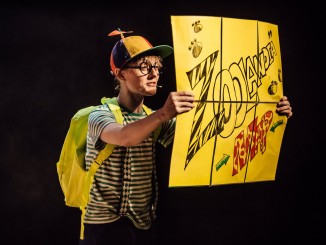 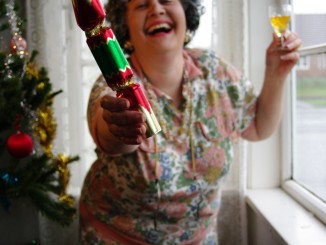 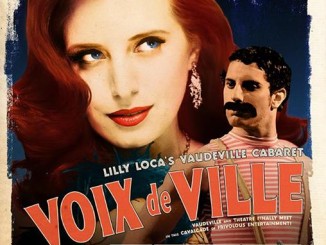