Based on last year’s Young & Hungry plays, it would be within reason to expect a 21st Century Narcissus to modernise the Greek myth through the complexities and perils of today’s youth’s navigation of online platforms. For Sam Brooks’ 21st Narcissus, it would also, however, be wrong. Unlike Uncle Minotaur, where mythology was ingrained in the narrative, and Second Afterlife, where the effects of vicarious living was a lesson learned, Narcissus piggybacks into the theatre on an eponymous falsehood.

Presented through the three popular sites for engagement with the online community; Tumblr, Facebook, and Twitter, the play is little more than a mash-up of both fictional and non-fictional pop culture references, and while the majority admittedly went over this balding 30+ head, the laughter could not be maintained by even the most enthusiastic opening night audience members for the full hour.

The Greek Narcissus needed no help in becoming his namesake, only in faulting from it. Yet, in this production, the chorus are used as active perpetrators (nemeses, if you will) in the (for lack of a better work) journey of protagonist Kyle (Geordie Holibar), as reluctant a hero in the end as he is in the beginning. This was not the function of the chorus as originally intended, and, more importantly, provides nothing for its members as performers (with the exception of Vaiari Ivirangi).

A Facebook conversation between Jordan (Jacob Pitcher) and Julia (Kelly Taylor) immediately illustrates an inherent theatrical problem when content enforces style; communicating without verbal or physical language is difficult enough, but translating the way we write to the way we speak, especially from online, is theatrically jarring. If that was meant to be the point, it shouldn’t have come at the expense of the material which these actors were given.

Completing the trinity of technology, three neon swings sit centre stage, upon them, three Tweeters, Jean (an ironically grounded Faith Tapsell), Freya (an inarticulate Chika Adeosun), and Harriet (a hyper-reactive Abigail Laurent), chirp away in 140 characters or less. This is what they do. This is the limitation of their action on stage. Their dialogue is as vapid as Jayden Smith’s Twitter account. Not that it matters, as most of the choral echoes make said dialogue unintelligible. They discuss fictional popstar Amber Smence (Natalie Maria Clark), but it goes nowhere – the same place from where Clark’s accent is.

Aside from the odd bit of extravagant or nonsensical choreography and counting on fingers, it’s difficult to tell what direction Anapela Polataivao has given her cast. There is no sense of control over the play, no orchestral hand, and these young performers deserve more than that. The repetition of action suggests that Polataivao did not have a strong reaction to the text. While there’s no doubting that Brooks has his finger on the online pulse of Generation Y/Z, a show constructed almost entirely on pop culture references does not a story make or a zeitgeist represent.

A Case Study in Great Theatre

There are distinct similarities between Narcissus and 7500*, but where the former fails to genuinely imitate the current youth generation, the latter succeeds. The action is immediate as Bill Hyde (Andrew Gunn) makes frantic final adjustments to the set, while Jay Thornby (Doug Grant) accompanies the audience in on the keyboards. It’s almost shocking that pre-show banter continues in the theatre, as there are so many minute details to take in.

Eventually, the presentation begins, and Max Casey Addison (Saraid Cameron) enters to present the findings of her titular work. Cameron immediately sets the tone to the show, she’s confident yet awkward, dramatic yet comedic, full of knowledge yet poignantly naïve. These juxtapositions, which are ingrained in Uther Dean’s script, are what so aptly reflect the dichotomy of the apparent simplicity yet aching complexity of youth. If that sounds too heavy, rest assured it isn’t, only because director Nisha Madhan has finely tuned the balance that exists in the play to the point where her cast can relish both the emotional highs and lows, and every bit in between.

Helping Max present her findings is her brother Ash Hilary Addison (Ravi Guranathan), and friends Rory Robin Rankin (Anthony Crum) and Elliot Hempel (Arlo Gibson). As each character enters, the comedy is compounded, and although the style is cemented in the cast’s cohesion, their individual characterisations remain fully three-dimensional. Through an allegory of Doctor Who’s central character, Max explains her intention, which truly is “such a beautiful idea”, but before long, the arrival of a final character played by Crystelle L’aime, sets an underlying discourse in motion.

This discourse, while central to unleashing the play’s dramatic conflict, does seem to come earlier than expected, if only due to the amount of time Dean spends on what is essentially falling action and denouement. It’s definitely the most interesting part of a character’s journey, but it’s not a common ratio to Freytag’s analysis seen in theatre, or even film and television. This, however, is usually due to spending far too much time on exposition. Instead of telling, Dean shows, and in doing so provides an array of opportunities to Madhan and her cast. It may feel like a long piece, but it’s only on reflection that we realise how much we’ve seen of others’ lives in such a short duration.

Madhan has served her cast admirably. Her direction is both precise and free, allowing the performers to feel secure in their abilities, while maintaining organic and reactive performances that genuinely feed off the audience, without, however, “checking-in” to acknowledge the audience’s reception of their work as many young performers are prone to do. It is worth noting that the majority of the cast have starred in professional productions including Young & Hungry before, but this does not take away from the fact that this point serves only to reinforce that there is a reason they have. The cast operate in harmonious humour and tactical timing. Not one performer misses a single beat. It is simply one of the best examples of ensemble work.

*7500‘s full title for the record: The Presentation of Findings from My Scientific Survey of the First 7500 Days of My Life, Done in the Interest of Showing You How to Live Better Lives

Set designers Sarah Kirk, Shiloh Dobie, and Lizzie Morris, under the mentorship of Christine Urquhart, provide a sleek set for the artificial world of Narcissus, and a DIY raise for 7500, tying them together with visible wiring under artificially lit ceiling panels, and while sightlines for Stephen Bain’s AV Design proved problematic in Narcissus, the issue is simply another tool for 7500 to use to their comedic advantage.

Costumes by Fraser Mildon, Tori Manley, Melissa Peacock, and Francesca Wilson are stereotypically evocative yet entirely original, more so in 7500 than Narcissus, and while there are underwhelming lengths of silence in Oswell Didsbury’s sound design for the Narcissus, Madhan and Grant have no fear in exploring experimental extremes in 7500.

Young & Hungry Auckland 2015 is presented by The Basement and plays at Basement Theatre until October 24. For details see Basement listings for 21st Narcissus and 7500 Days. 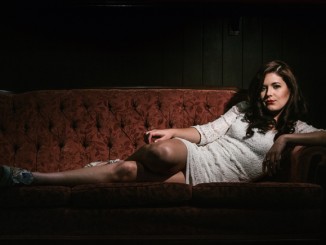 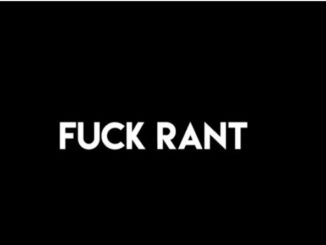 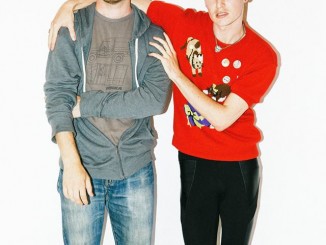