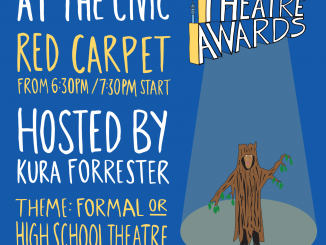 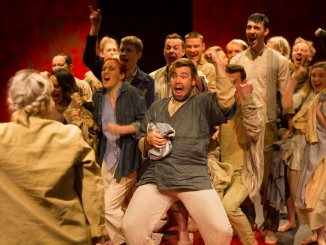 Kitchen Sink Birthday Party [by Matt Baker] If you’ve been to Basement Theatre recently, you may have noticed a few changes around the studio door. A car back seat, a toilet, and some graffiti are just a few of the components to set designer Tim Booth’s* refurbishing for Northern Glow, a mini three-act one-woman show that introduces us to the members […] 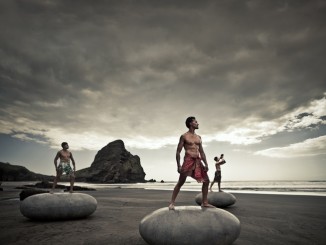 Like a movie made out of Yoga Mats and Paper Plates [by Jess Holly Bates] It’s no secret that I have a raging crush on devised theatre. It is fast, and furious, and often absurd. Providing live experiences made under pressure, the material generated in a devising room operates in a dangerous state of flux, always under threat of performative disorder. […]
1 2 »