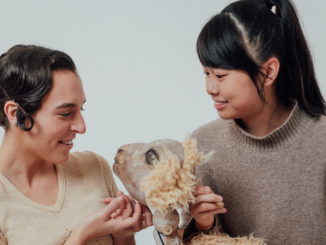 [Come for Candy, Stay to be Compelled] It is often considered unwise for an actor to share the stage with a child or a dog, as these smaller, less-inhibited performers tend to possess an almost magnetic draw upon an audience’s attention. To this company Emily Hurley’s explosive work The Judas Sheep adds a third guaranteed scene stealer- the titular articulated […] 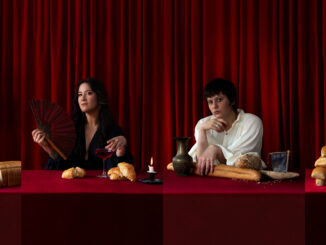 [Irish Blessing] This production of Faith Healer, directed by Paul Gittins, marries a masterpiece of playwriting with the mastery of three accomplished actors.   I have read enough works from Irish playwrights to associate Irish drama with cloying hopelessness (looking at you Marina Carr in particular). I briefly hoped, though, that Faith Healer by Brian Friel would be an exception. I had […] 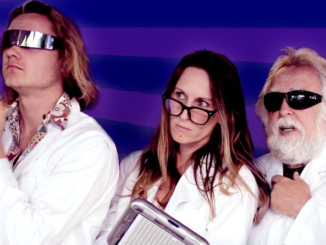 [Potent in Any Medium] Jean Sergent’s solo show returns from Fringe to the stage and your nearest screen. Change Your Own Life is a guide to navigating where the body, immense love, and overwhelming grief intersect.  With the lockdown and social distancing closing theatres and keeping audiences apart since March, transitioning to an online platform has become a popular alternative […]

[Theatre Time is different to Earth Time] Two women, a silver survey machine with the power to turn back time, dozens of bananas, and a pair of letterboxes are the difference between knowing who you think you are and finding out you are a quarter Costa Rican. Get Out of My Letter Box builds a world of wild imagination, subterfuge, […]
1 2 3 »