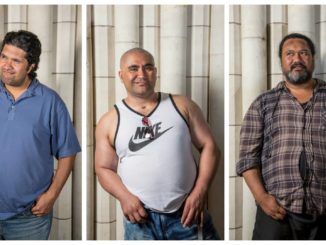 [A Precarious Performance] Take a walk down Queen Street and it is difficult not to notice the numerous bodies huddled on the pavement. Yet despite the very real and ‘visible’ problem of homelessness in our cities today, the complex stories and experiences of those who survive temporary, shared, or uninhabitable accommodation is often invisible from public discourse. The new production […]
« 1 2