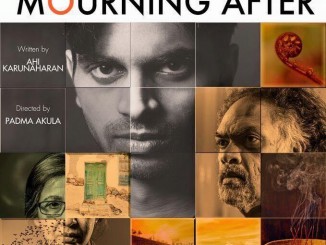 Needed Mour [by Matt Baker] New Zealand’s first full-length Sri Lankan play. A sell-out season before opening night. It’s an exciting premise to the beginning of a new branch of New Zealand-Asian theatre. Upon entering The Basement, the audience is greeted with Karnan Saba’s soundscape, both captivating and subtle, with all the originality and instant identity of a John Williams’ score, […]