Dark and Twisted [by James Wenley]

After a string of collaborations and monologue directing, Thomas Sainsbury returns to The Basement with The Family Wilder, setting his style to the dark camp of the thriller genre’s twist and turns.

Harry McNaughton plays the softly-spoken writer Clive, who is tasked with writing the biography of Wilder Family patriarch and ruthless businessman Bill. Bill, played by Bruce Phillips, is Alasdair Thompson’s kind of bloke. Generally denigrating to anyone but himself and full of pithy put downs, especially towards his no-hoper children Art (Todd Emerson) and Elizabeth (Fern Sutherland). His son may be useless, but he would never stand for his daughter to take over the business. The loathsome Art and Elizabeth, despite being siblings, have something of a Macbeth/Lady Macbeth relationship, and are plotting to kill their father. Hapless Clive might just be the person they need to help them get away with it…

Yvette Parsons, always a treat onstage, rounds out the cast as the staunchly Christian housekeeper/personal assistant Hodge, fiercely loyal to her employer, and can carry a good song.

As Clive goes deeper he learns the families secrets, and becomes the object of desire for both Art and Elizabeth. Though the less said about the plot the better. As expected in this genre, Sainsbury turns the plot on its head in a twist, and though you might see it coming, it plays out more believably than some recent big budget movie thrillers, and no loose ends remain.

There are a number of scenes to get through, and the story is in danger of losing its momentum along the way. A little tightening and cutting is needed to really take the audience on the Wilder journey. The scene changes were haphazardly done, and the actor’s entrances and lights up were rarely in cue.

The play is most satisfying in its moments of dark humour, something that Sainsbury is very accomplished at. You really have to wonder about Tom Sainsbury at times…!

The Family Wilder plays at The Basement until 10th July. Tickets from iTICKET. 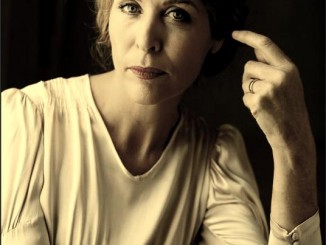 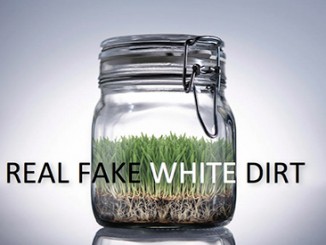 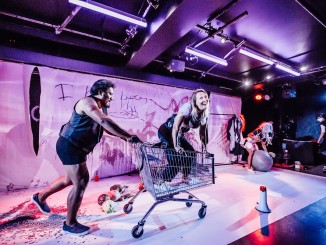