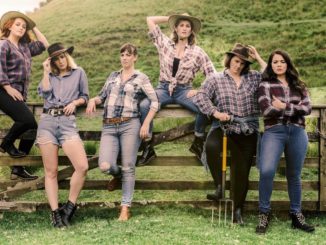 [Time for a Lockdown] “Memories will fade if you let them.  If you tuck them away on the top shelf.  That’s how you keep going when you’ve got nothing left.  That’s how you stay a step ahead of the emptiness.  That’s how you cope”. – Martha in Lockdown Lockdown, written by Nik Rolls and directed by Matthew Diesch, is an […]

[Much to Munch On] The term ‘fala muncher’, as described in the show’s promotion, is a derogatory term which refers to the act of a female of Pacific descent partaking in the licking and eating of another woman’s fala. The term also suggests a play on the word ‘fulla’ or ‘fella’, which loosely opens a discussion on homosexuality versus the […]
1 2 »