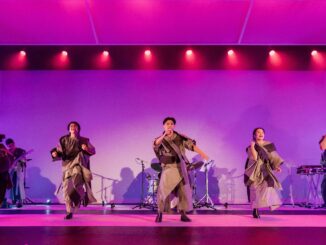 [God Save the Queen] Speaking to our fascination with what happens behind closed doors with one of the world’s most public figures, The Audience imagines and recreates Queen Elizabeth II’s weekly twenty-minute meetings with her Prime Ministers.  Written by Peter Morgan and directed by Colin McColl, The Audience spans a timeframe of over six decades, beginning with the Queen’s meetings […]
1 2 3 »