An evening with Mandy Patinkin and Nathan Gunn… and you?  [by James Wenley]

You probably know Mandy Patinkin, current star of Homeland, and Inigo “You killed my father” Montoya in cult hit The Princess Bride (which incidentally has just been announced is being turned into a stage musical!). True Musical Theatre fans will know that Mandy is a phenomenal Broadway performer – I rate him highly for originating the role of Che in the Broadway version of the musical Evita.

Mandy was last here in 2009 with his Evita co-star Patti LuPone, and the two gave us a true slice of Broadway, and wow can this man sing. Mandy returns to Auckland on Sunday 24 November, this time bringing along opera baritone star Nathan Gunn  “for a special evening featuring their favourite music”  including solos and duets  from musicals including The Wizard of Oz, Carousel and West Side Story along with a sampling of opera, traditional folk, pop and Yiddish tunes.

Both Mandy and Nathan have appeared on stage and screen in roles other than those you’d expect. Complete our quiz and send your answers to james@theatrescenes.co.nz by Sunday 17th November to be in the draw to win two tickets to the concert:

1. Who appeared in 1990 film Dick Tracy?
2. Who made a Cameo in Family Guy?
3. Who played Buzz Aldrin in Man on the Moon?
4. Who Appears with Taylor Mac in The Last Two People on Earth: An Apocalyptic Vaudeville?
5. Who played Lisa Simpson’s fiancé on The Simpsons?
6. Who appeared in the film Elmo in Grouchland?
7. Won a Tony Award for his first Broadway leading role?
8. Who appeared in Showboat?

For each, tell us if it was Mandy, or Nathan! Don’t forget to send those answers to james@theatrescenes.co.nz

An Evening With Mandy Patinkin & Nathan Gunn is performed at the Aotea Centre on Sunday 24 November, 6pm. Details see The EDGE. 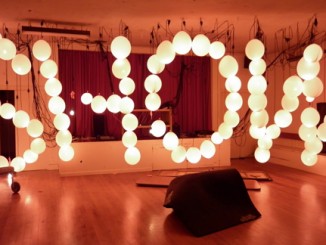