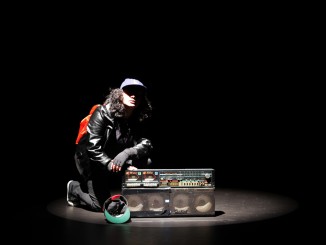 Music, Me and Mayhem! [by Sharu Delilkan] It was like going to visit an old friend turning up at Mangere Arts Centre for my first review of the year. For Valentine’s Day evening, Victoria Schmidt’s brand new work Music and Me was an interesting choice, to say the least. Particularly since it was billed as telling the harsh realities of […]