[Big-Hearted] I absolutely loved the joyous, poignant, hilarious and expressive storytelling from Massive Company’s The Wholehearted.  The hugely talented ensemble cast displayed absolute heart and soul through their committed revelation of numerous stories that were immediate, relevant and easily accessible to the enthusiastic audience. Despite running for a quarter of a century, Massive  Company have definitely not rested on their […] 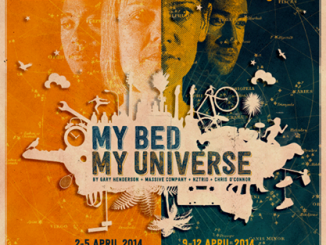 Havoc on the Stage! [by James Wenley] From the outside looking in, our lives must seem bizarre, rushed, and incomprehensible. Havoc in the Garden cuts open houses and allows us to peek into other people’s lives. A brilliant scene shows people living their lives in parallel, unaware of each other, all talking and behaving in their own little bubbles. It’s […]
1 2 »