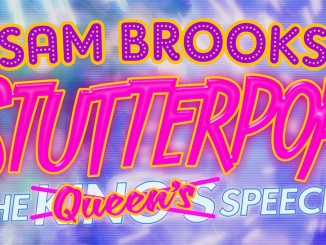 Grindr Profile: Looking for Laughs [by James Wenley] The font is bold and cartoonish, a pretty blue and pink wash covers the poster, which suggests one should expect a bright and breezy comedy. But the photograph sells a different show. Co-stars Chelsea McEwan Millar and Jordan Blaikie lie strewn on the floor, a look of earnest despondency on their faces. The […]
1 2 3 »