Not just blind luck [by Matt Baker] In a similar vein to last year’s White Rabbit Red Rabbit, Silo Theatre presents a production that’s success banks almost entirely on each individual show. Appropriately titled, actress Natalie Medlock literally has no idea whom she is about to meet, the show more or less improvised around some narrative points and direction via text […] 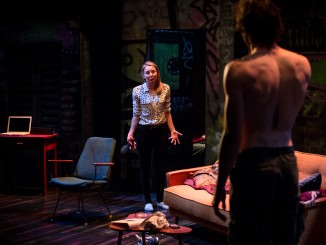 Auckland Participates [by James Wenley] This past year I have partied with underage drinkers, appeared on the 6pm news, ran for my life from snarling zombies, and, for an all too brief moment, locked eyes with a sensuous Lucy Lawless. If there’s one big trend that has come out of Auckland’s 2013 theatrical year, it’s got to be the year of […]
« 1 2 3 »