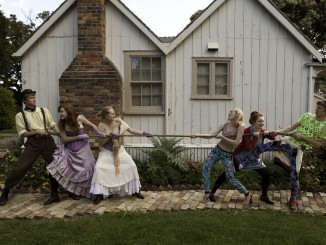 Es gehts [by Matt Baker] Selecting a graduation/showcase production for an acting/industry institution is not aneasy task. Numbers aside, gender and the suitability of sensibilities can be a difficult jigsaw to manage. Director Ben Henson has chosen wisely by gifting The Actor’s Program 2014 class with Arthur Meek’s Sheep, which has been adequately expanded to its full cast size. Henson’s tweaking […]

Acting on the Camino Real [by James Wenley] At the Camino Real, to borrow from The Eagles, you can check in any time you like, but you can never leave. To mark the public debut of the second crop of actors from the industry-geared The Actors’ Program, Benjamin Henson directs them in arguably Tennessee Williams’ most experimental and misunderstood work: […]