Wellington is Festival City. You can tell because every street poster seems to be advertising an arts event. And there are heaps of them. No excuses for not knowing something is going down. Last week not only was the NZ Festival well into its mix, but the famous Wellington Fringe (per capita, the largest Fringe Fest) was entering its final week. For my first time visiting Wellington during Festival season, this was Mecca.

Being an Aucklander, I couldn’t help but compare. The NZ Festival “welcomes the world” and for international acts is impeccable (Robert Le Page’s Needles and Opium is one I rather mourn missing), but it’s good to see Auckland companies representing the local so well, with both ATC and Silo having a presence with Paniora! And Brel. As much as the pre-recorded announcement forlornly suggested we go to the “Festival Hub” at the St James post-show, the Festival does lack a beating heart in the way that Auckland’s takes over Aotea Square. For Fringe, a dedicated funky ticketing caravan (with just one ticketing system thanks to Eventfinda) is one innovation I wouldn’t mind seeing here.

I had review tickets to Pasefeka by Stuart Hoar, and A Midsummer Nights Dream (As You Like it), a pairing which provided a good cross-section of what the Festival can be. At first they seem widely different: Pasefeka, a story about both French settlement Akaroa in the 1840s, and world of poet Charles Baudelaire’s 1860s Paris, linked by artist Charles Meryon. A Midsummer Night’s Dream (As You Like it), a version of Shakespeare’s play-within-a-play Pyramus and Thisbe performed by a Russian company with the help of two giant puppets cast as the leads. Local vs International. Imagined History vs imagined Myth. Both delivered with a striking theatrical energy, a interest in the deconstruction of storytelling, and a stylish wink and nod to their audiences. Although only one of these plays had a scene stealing dog.

The middle class love nostalgia, we are told in Pasefika, and that is what we might expect from this particular tale, one that Goerge Henare announces will be a “simple story”: a look back into our past through the early contact of Meryon and Akaroa chief Te Rangi in the nation-building 1840s, contrasted with the “modernity” of Paris two decades later. Hoar’s creative impulse was an imaginative flight of fancy when stumbling upon a sketch of Meryon’s where Paris is invaded by the Pacific. And so we get two stories, two places that intersect and jumble, and a simple story that expands and complicates. There’s much to feed on here – the cultural collision of Meryon in Akaroa, the position of the Chief European wife Madame Bourgeois, the self-destruction of Baudelaire and his musings on what it means to live in a city, the mix of paranoia and inspiration in the older Meryon. Hoar’s script displaces any nostalgia, bringing us a vision of these places as if experienced in the now (Paris is a city of coffee drinkers).

The story of Pyramus and Thisbe, performed by Bottom & Co in A Midsummer Night’s Dream has always seemed to me one of Shakespeare’s ultimate inside jokes. After allowing us to invest in the artifice of the Athenian forest (and inviting us to believe in invisible fairies and love potions and an asses’ head) he sends up theatrical contrivance through the “bad acting” of the rude mechanicals. To do well, it takes rather skilled actors indeed and can be widely entertaining, allowing us to reinvest in the imaginative power of theatre once again. Professor Tom Bishop likes to talk about in his lectures to Stage One University of Auckland student the possibilities of pathos that can be achieved over Flute as Thisbe’s discovery of Bottom as Pyramus’ body. There’s a lot more than just comedy in this scene. Director Dimitry Krymov goes straight to the heart of the theatrical moment, in a version that makes the scene rather strange indeed.

There is no wall, no show off virtuoso Bottom player (the well trained, tiny dog comes the closest to stealing scenes and going “off book”, or rather, “off bark”). The English surtitles translate that the story is about a “lover who kills himself for love”, and the company make claim that Pryamus and Thisbe are the proto-lovers, standing in for all those who follow. Story wise there is not much more to it than that – they meet, she’s attacked by a lion and believing she is dead, he kills himself, she follows. It’s even simpler stuff than the Shakespeare, but it becomes clear that this isn’t really the story here, if it ever was. It’s about a company of actors performing this story (with the help of two remarkable puppets) to an assembled group of audience members who have come to watch them. And then there is us.

Before the fourth wall can even begin to be erected, the company have entered Wellington’s St James Theatre boisterously from all sides (and above in the balcony), carrying large logs (that dog perched on top of one, much to our delight). There’s a water fountain too, spurting water threateningly. The front rows of the historic theatre are draped with cloths, so no great surprise for what is about to happen. We’re soaked. The gentleman next to me throughout the performance raises his hands, shaking his head at the damage. Neither the trees, nor the fountain, are referenced again. Is this the Athenian forest, bought in and then cut from the text?

What follows is best described as a series of scenarios, each being played out as if the company are investigating their full potential, both as an avenue to make us laugh, but also sometimes as an endurance test. The already large Russian company face us in a clump, waiting for their audience. Finally, a second audience arrives, dressed to the nines… now the cast onstage is massive… and they find their seats in the boxes either side of the stage, who, like the Athenian nobles in Midsummer with no regard for the “rules” of the audience-actor relationship, provide their clever commentary and also reflect at times our own bafflement (“Its avant-garde” one of the fine ladies explains).  Then it’s the remarkable spectacle of the Pyramus and Thisbe puppets that are assembled before us, dominating the stage, and needing a number of the company to operate each one (badly, initially). Business includes the gathering of a number of flowers for Pyramus to present to his beloved offering physical comedy as the company attempt to get the flowers into the puppet’s hand, seduction, and an encounter with a lion. The action does get rather low-brow, proving these to be very rude mechanicals indeed: Pyramus is unable to hide his arousal, and Thisbe comes with the ability to urinate. It’s odd, even a little unsettling seeing these distorted humanoids enacting bodily functions. But there’s that pathos too – two of the company giving operatic voice and life to the lovers. Is it Midsummer as I like it? Some of it yes, but more significantly they have gone beyond the populist and conventional way of doing this scene to bizarre and original territority. And that I like a great deal.

Both plays are in their ways utterly compelling – Pasefika rippling with big ideas, Midsummer’s wild experimentation, both the sort of work that helps elevate Festival times as the opportunity to really grapple intellectually and emotionally with some very special shows. I note that Hoar’s play as been a long time coming – winner of the 2010 Adam New Zealand playwriting award, Circa Theatre and the Festival only now finally bringing it off the page to the stage. Will Auckland pick up the challenge?

SEE ALSO: Theatreview.org.nz reviews of Pasefika and A Midsummer Night’s Dream (As You Like it) by John Smythe. 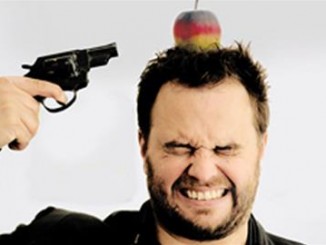