Shakespeare wrote for an aural audience; he doesn’t show, he tells. Accordingly, an actor’s vocal articulation is as an integral element of their performance as much as their understanding of the text. Fortunately, I know Macbeth as a text. I say fortunately, because had I not, I doubt I would have understood much of what was going on in the Young Auckland Shakespeare Company’s production. Take into account the fact that Macbeth is essentially a psychological and political thriller, and my concern is that an audience member of the YASC production without former knowledge of the play would be left equally in the dark in regards to the actual  plot.

Oscar Wilson’s decision to play the role with a Scottish accent may certainly have been the key to him finding his performance, however, the degree of accuracy resulted in an incredibly inarticulate one. While the dark Scottish vowels give Wilson access to Macbeth’s emotionality, it unfortunately means nothing if the audience cannot hear the words. The irony of completely missing the last word of the tomorrow soliloquy is not lost.

Sex is awkwardly thrown into the production. Though it is well handled by Wilson and Albertine Jonas, and highlights the unified passion of Macbeth and Lady Macbeth, the witch’s brief lesbian kiss, and Ross and Lady Macduff’s incomprehensible petting come across as nothing more than inexplicable exploits. This unjustified sexuality is emphasised most in Murdoch Keane’s Porter. While the character is primarily the comic relief in an otherwise haunting thriller, a deadpan stand-up comedian rather than a gaudy comic would be more in keeping with the ethos of the material.

Set and costumes by Caleb Wells, reminiscent of The Warriors, highlight the feral nature of the Scottish clans, though there are one or two oddities, such as the literal sheet ghosts, and Macbeth’s crown, which wasn’t worn by Duncan and looks like a Jester’s hat made of spare ribs – and not in a barbarous way. Michael Hurst choreographs a tamer, shorter, yet essentially replicate version of his 2004 production’s final fight between Macbeth and Macduff. Macbeth’s dying pose, short of the throne, is a resonant image.

I do not expect these young actors to deliver performances with a depth of knowledge beyond their years, and I am aware that they are still in the very early stages of their potential careers. However, I do expect at least an attempt to ground themselves in the given circumstances. Instead, murder, betrayal, and even infanticide are treated like schoolyard gossip. I don’t doubt that these young actors understand what they’re saying, but there is a chasm between their ability to translate their textual analysis into performance. Add to this a sub-standard vocal technique across the board and a lack of grounding in the given circumstances, and all the rousing gusto of youth signifies nothing.

Macbeth is presented by the Young Auckland Shakespeare Company and plays at TAPAC until Feb 8. For details see TAPAC. 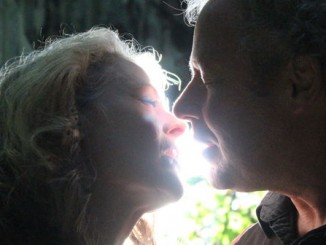 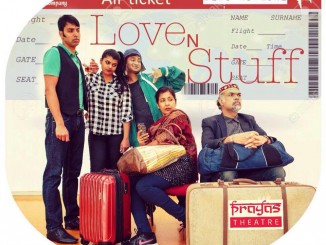