Victor Rodger‘s premiere of Girl on a Corner is testament that there are multiple ways to skin a cat.

The device used in this show provides the audience a multitude of permutations and combinations of ways in which a story line can move in different directions i.e. an innovative style that showcases Rodger’s ability to think outside the box, and to let his imagination run wild. Sometimes experiments, which are part and parcel of being in a Fringe Festival, go awry but this one definitely deserves commendation for its effective and innovative execution.

Being opening night, the pace of the show lagged a tad, but the hour that we sat watching the show flew by pretty swiftly.

Amanaki Prescott as the lead Seiuli aka Shalimar, the Samoan fa’afafine prostitute, absolutely shines. Her ability to display both her acting and amazing dancing talent was indeed a treat. The supporting ensemble cast – Taufa Fisiinaua, Gabriel Halatoa, Hans Masoe, Joanna Toloa, Aleni Tufuga and Sandy Vukalokalo – playing various supporting roles, is nothing short of brilliant. I particularly enjoyed the way each of them put their personal stamp and flavor into their roles, ultimately adding to the show’s authenticity.

Husband and wife team co-directors Anapela Polataivao and Vela Manusaute have done a really good job of pulling all of Rodger’s scenarios together to a cohesive whole. However my one little niggles is that the delivery of each of the scenarios could have been varied to break it up. For example one could have been played a little faster, the next a bit slower, maybe one in slow motion or even an ‘auto rewind’-esque sports-like replay, to provide a little more punctuation to the somewhat monotonous format.

The premise of the story is very simple: it’s the story of Shalimar or a young Western Samaon fa’afafine who goes to LA to follow her dream. Her chance meeting with Eddie Murphy, during her stint as a sex worker on Hollywood Boulevard, eventually culminates in her being found dead. Don’t worry this is not a spoiler as that’s exactly what the lead Shalimar tells you in the opening line of the play. That’s the difference about the show – the story line is no secret, it is the way in which it is delivered that’s unique and interesting. Girl on a Corner essentially is a fabulous showcase of Rodger‘s storytelling ability. His usage of 21st century lingo with a 1990s backdrop, using movie and music references, provides great juxtaposition and adds to the overall colour of the piece.

As my opening experience for this year’s Auckland Fringe I am pleased that the show promised and delivered in spades. All I can say is that I sincerely hope that the rest of the festival manages to measure up.

Girl on A Corner is presented by Multinesia Productions and plays as part of the Auckland Fringe and Auckland Pride Festivals at The Basement until 14 Feb. Details see The Basement 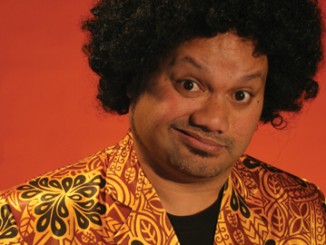 3 Comments on REVIEW: Girl on A Corner (Auckland Fringe)