[Women on the Verge of  a Nervous Breakdown]

Despite a ‘Decade of Disruption’ being The Basement’s motto for this year, it’s the prominence of mental health issues that seems most notable in their programming. With works such as Near Death Experience, Breathe and Paper Planes being just the tip of the iceberg.

Loren Black’s A Lost Cause may be the most striking example of the bunch – centered around the lives of six woman in a mental health facility. It’s tempting to draw parallels between its premise and Netflix’s Orange is the New Black, another popular example of female-driven narrative set within a flawed institution. Beyond the superficial similarities, they are also tonal cousins in the genre of dramedy, often teasing severe seriousness in subject matter and sitcom lightness.

Following the arrival of Alison (Ellen Ranum), we are thrust into the world of the play and introduced to its inhabitants. She is your titular unlikable protagonist, flawed but also rather testing of the audience’s patience, subject to our eyerolls as much as our sympathy. Ranum plays the character’s rapidly increasing desperation well, but can’t escape the fact that she’s reduced to a stock trope of the overly privileged, white girl, while simultaneously asked to be our audience surrogate.

The rest of the cast are similarly challenged with difficult characters. As the play’s primary queer couple, Awa (Rhema Sutherland) and Jack (Bridget Pyc) offer us the story’s only romantic outlet. There’s a tender interplay to their dynamic that both performers embrace, and it’s nice to see that the relationship is treated as a given rather than being othered. Sutherland handles her character’s hotheadedness well, while Pyc struggles with one of the play’s more passive characterisations and an overly rushed portrayal of body dysmorphia.

As Awa’s ex, Elaine (Brianna Jude) plays a reliable snarkster, who feels more than she shows, and provides a reasonable amount of comic relief. Tasha Werhle’s Emma suffers from an almost parodically punishing characterisation, defined almost entirely by her mental illness – delusional children and hysterical pregnancies. While it shouldn’t be easy to watch in any context, it lacks nuance or insight to justify it where the play takes it. Uncomfortable not for its honesty, but because of its cruelty. The play’s most shocking and upsetting moment involving her feels severely unearned. And while the staging of this scene (spoiler – highlight to read: a suicide by hanging) is tastefully executed in style, it doesn’t erase the bad taste it leaves in your mouth.

Suzy Smith’s Roy, the facility’s only employee, serves her material the best, counselling the girls and settling into a consistently satirical tone. It helps that her character is given the clearest action and intentions to play, though she’s often asked to act as a narrative tool rather than a fully formed character.

Black’s writing carries with it admirable intentions, but is simply too ambitious for its own good, juggling multiple characters, storylines and symptoms in barely an hour. We skim the surface of these women, when we should be given time to delve deep and understand them. The crux of the narrative relies on a poorly established device: that there is no escape from this facility. It’s one with ominous and dark implications, but suffers from a lack of specificity in rules or logic of this particular setting. This results in a piece of writing that seems to critique and portray mental health institutions in an especially negative manner with an overly broad brush.

At its most effective, the facility takes on allegorical power, moving away from literal representation. Director Amber Liberte is clearly drawn to this aspect of the text the most, imbuing scenes and transitions with a heightened physicality, movement and dance. This is obvious, too, in the staging, where The Basement Studio is effectively converted into a sterile white room cleverly using butcher’s paper. And the way the space is broken up into clearly defined sections, evokes shades of Lars Von Trier’s Brechtian Dogville (not to mention the similarly sadistic games it plays with its characters).

At their best, these stylised conventions twist a rather banal scene to reveal something more sinister or fraught – such as the checkups between Roy and the girls. Subtext is lifted to the forefront of otherwise ordinary interactions. As is, the more nightmarish qualities of the script (having one employee, for instance) clash against its naturalistic treatment of drama and character.

Representation of bleakness is not a bad thing in itself. Natalie Medlock’s Near Death Experience, while also relentless in its portrayal of mental illness and depression, crafted a character that felt real, with a clear history and relationships with stakes. What’s missing here is that deeper understanding of the characters, who lack a context outside of their illness. They are trapped in a vacuum and exist solely in this institution.

The narrative trajectory of A Lost Cause is one of inevitable tragedy, and the cyclical, absurdist nature of the ending is a fitting one, but it’s clear early on that there is nowhere for the story to go except down a black hole of despair. Ultimately, one has to ask if the play is interested in the study of tormented characters or inflicting torment onto them itself. 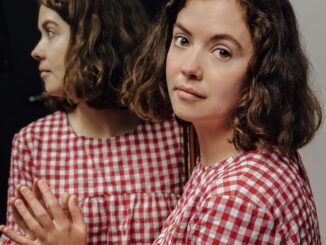