Its cooler outside [by James Wenley]

Everyone is an outsider somewhere. Hayley Sproull and Chris Parker know this well, and find fertile ground for comedy, and laughs of identification, in their Outsiders’ Guide: A whirlwind guide to life and reasons yours doesn’t work. The thespianic-comedians are the insiders on the outside, who promise, in beatnik poetry at the top of the show, to expose the “awkward situation / alienation”.

2011 Toi Whakaari acting grads Sproull and Parker are newer faces to Auckland – Sproull bought her genius solo song-cycle Miss Fletcher Sings the Blues here last year, and Parker made his Auckland debut in Thomas Sainsbury’s The Somnambulist – and their faces are very welcome here. They are certainly the most exciting actor/writer duo to emerge out of Wellington since the twin talents of Dan Musgrove and Natalie Medlock.

In Outsiders’ Guide Sproull and Parker have perfected a sketch double-act where they sing, rap, strip, trade insults, and burst into a series of enthusiastic, and increasingly complicated dance sequences. It is hyperactive comedy, picking up a thread then dropping it just as quickly, so nothing outstays its welcome, and they throw our way a huge number of gags to entertain us. The form has a suggestion of making it up on the fly, but their scripting, and the precision of their physical and comic timing, shows just how clever these two are. Outsiders’ has an appealing polished unpolished quality that keeps us guessing as to the depths they will go next.

Sproull and Parker particularly mine social awkwardness as a condition of the outsider, and deliver squirmy sketch commentary on familiar situations such as being the outsiders welcomed to the marae (what song to sing?), or being the people at the funeral who didn’t really know the deceased. They consistently turn the comic gaze on themselves and what makes each other weird and awkward, and most of the comedy comes from this othering of themselves.

While the rapid nature of Sproull and Parker’s guide is part of its charm, there is room for some sections to be further pushed to crescendo. Be warned: they like to include the audience in their devices. This works brilliantly when they use – and return – to certain audience members as points of focus, but the pay-off doesn’t match the build up when they use an audience ‘volunteer’ in a sequence where they need to release their fears. Similarly, a deconstruction of an intermission gives a few chuckles but leads nowhere, but more importantly, disrupts their momentum and it takes us a moment to get back on board.

We do of course; with Sproull and Parker how could we not? They are just the type of cool outsiders you’ll be glad you spent an hour with.

Outsiders’ Guide is presented by The Bakery and plays at The Basement Studio as part of the NZ International Comedy Festival until 4 May. Details see Comedy Festival. 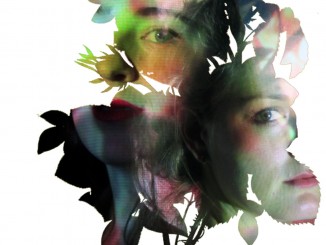