Matilda the Musical asserts its ambitions in the opening number, ‘Miracle’. Precocious children at a birthday party, dressed as ballerinas, princesses and superheroes, sing about the positive messages they have internalised from their parents as they make havoc about the stage on an ADHD sugar high: “Ever since the day doc chopped the umbilical cord, it’s been clear there’s no peer for a miracle like me!” Then it’s the parents turn to dote on their miracles: “He got a C on his report! What?! We’ll have to change his school. That teacher’s clearly falling short”. Every child is a miracle, every child is an above-average achiever.

If any parents in the audience thought they could just complacently take their little ones out to a fun-for-the-whole family Roald Dahl musical adaptation, they clue up pretty fast. Already there’s been an indictment of the whole approach to modern parenting. Yes, Matilda is fun for all ages, but it also out-Pixars Pixar, with its pointed social commentary and targeted messages to the adults.

We don’t meet the five-year-old title character until the end of the number, where she pops up singing quite a different lyric: “My Mummy says I’m a lousy little worm”.

Writer Dennis Kelly and Lyricist and Composer Tim Minchin have amplified the Dahlian darkness inherent in the 1988 children’s classic. A central thesis is that childhood is traumatic. In Matilda, Roald Dahl added to his parade of grotesques the neglectful and dishonest Wormwoods, Matilda’s parents, and Mrs Trunchbull, Matilda’s headmistress, the epitome of institutional cruelness and prosecution. In this musical, when Matilda arrives at the gates of her new school, and we see the older children (played by Adults) climbing the steel like monkeys at the zoo; you get the idea that the show’s creators are working through their own demons created by the school system. Even Miss Honey (Lucy Maunder), the crusader for goodness, is riddled with anxiety and the imposter syndrome, scars from her own childhood.

We’re in a magnified, often gloriously cartoonish world of good and evil, but underneath, Matilda suggests that the adult world is corrupting, uncaring, and all too infectious.

The antidote? Matilda, a child prodigy unloved by her family, escapes into her books. The set captures Matilda’s love of words in an explosion of Scrabble blocks that border the stage. You could easily spend your time playing a word find with the set, except for the fact that what is happening on the stage is far more engrossing.

To social commentary add literary analysis, as Matilda ponders the fates of fictional characters. Jack and Jill, like Romeo and Juliet, were victims of their stories – “I wonder why they didn’t just change their story?” she asks in ‘Naughty’. Matilda goes out to see if she can change hers.

We can also add philosophy, when in ‘Quiet’ Matilda considers relativism: “There’s no way of knowing if red Means the same thing in your head / As red means in my head / When someone says red?”

This is sung just prior to Matilda discovering the power of telekinesis. This was something the 1996 Americanised film rather goes to town on (remember that delightful scene where she uses her powers to eat Cheerios cereal?), but here the power is kept relatively restrained.

The genius of Kelly’s adaptation is the addition of a story narrated by Matilda about a husband and wife escapologist and acrobat team, renowned for death defying stunts. It theatricalises Matilda’s internal world, the joy of imagination, and how storytelling can be used to understand the world and your own immediate circumstances. It is Matilda’s way of voicing her longing to have parents who love her, and as the suitably Dahlian story takes a dark twist, the despondency she feels about changing her fate. Her biggest discovery though, is when she realises the story she’s been telling has resonance beyond her own.

Tim Minchin’s songs take the musical up another notch of greatness. (I’ve long been taken with his lyric about cake-thief Bruce Bogtrotter’s largesse being a “bit like the Tardis” ). Minchin musically manages both delightfully off-kilter wordplay and tug-at-your-heart emotional wallops.

This is the third time I’ve seen the show (having seen it previously in London), and I think Matilda is easily the best British musical of the 2010s. Its smart, cheeky, and a whole lot of adorable.

The Australian touring cast get top marks from me, from Kay Murphy’s self-obsessed Mrs Wormwood, to James Millar’s loathsome, stuff-of-nightmares Agatha Trunchbull. The children are impressive, executing choreography (even gymnastics in Phys Ed!) with precision and pizzazz.  On opening night, Izellah Connelly, who shares the title role with Annabella Cowley, Venice Harris and Eva Murawski, played Matilda with unwavering determination.

The show warns that we be vigilant about what we pass on to the impressionable generations to come. Its advocates for creative, curious, learning. I thought of the recent NZ Herald investigation into how National Standards had been going, which came with some concerns: teaching to tests, a narrowing of the curriculum, and educational inequalities. Matilda reminds us to always question our approach and look for unintended consequences, and is itself a passionate advocate for art, reading, and imagination.

Matilda has some hard truths for adults. ‘When I Grow up’ without fail gets the tears flowing (its dusty okay!) as the song opens up the gulf between what children think they will do as adults, and the grind and responsibilities that take over our life. It’s a reminder to keep looking at the world from time to time with a child’s gaze. When did you stop climbing trees?

I believe that the only way that this show could be any better is if you are lucky enough to get to see it for the first time as a child. It’s the perfect gateway into the pleasures of Musical Theatre.

Matilda is the hero they need for their age, and the hero we need for our age. Matilda’s morality is one with a healthy disrespect for authority, an intolerance for bullies, a love of learning for the sake of learning, and fairness.

As she sings in ‘Naughty’, “Just because you find that life’s not fair, it / Doesn’t mean that you just have to grin and bear it. / If you always take it on the chin and wear it, / You might as well be saying you think that it’s OK. / And that’s not right. / And if it’s not right, you have to put it right.”

If you’re already grown up (and I assume that unless you are a Matilda-like prodigy, if you’re reading this review than that’s you), then the second-best way to see this show is with a child. Another good option (and what I’ll be doing later in the season)? Bring your own parents! All that is to say: get yourself to the Civic now.

REVIEW: Flashdance the Musical (The Civic) 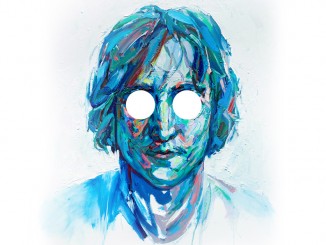 REVIEW: Lennon: Through a Glass Onion (The Civic)