Strength in numbers [by Matt Baker]

Two people meet at a particular place at a particular time, and things are irreversibly changed. This is, arguably, a primary necessity for dramatic action, and it is the premise of Lab Theatre’s production of One by One.

Director Pedro Ilgenfritz has clearly attained a wealth of knowledge regarding theatre during his 20-year career. A practitioner and lecturer who practices what he preaches, his biography concisely illustrates his approach to the work:

“[He] became specialized in a style that might be termed the laughter of the body – aconsistent series of de-anxietising physical exercises, improvisations, mask-driven experiments, philosophical study and dramaturgical research that stayed close to the popular roots of theatre in comedy.Out of this intensive development emerged not only a road-tested theatrical methodology, but a specific kind of poetic consciousness of the laws of social logic that has became the foundation of his work..”

There is magnificent beauty to this show, as the audience is guided back and forth between both extremes of the tragicomical spectrum. Performers Katie Burson and Cole Jenkins should be lauded for their intensive physical and emotional investment to the piece.Their discipline to their craft, quite simply, warrants unabashed praise. Musicians John Ellis and Nigel Gavin provide a full and extensive soundtrack/scape for the show, and work in meticulous and often hilarious congruity with Burson and Jenkins.

Keystone gestures à la Charlie Chaplin, keep everyone on the same page plot-wise and generate great humour, which consequently allow the more poignant moments, which are pronounced with formidable focus and control, to induce a surprising amount of pathos. At times, one could hear a pin drop. Add to this is a series of house-lit audience interactions and some Brechtian conventions, and one can only conclude that One by One is a full theatrical experience.

Rachel Walker, as always, is elementary and articulate in the semiology of her set design. White tape runs down from the ceiling, and then reflects and refracts across the stage floor like light hitting a diamond, their paths inevitably crossing one another. Props (also Walker) are incredibly detailed, which, ironically, aids to the simplicity of the piece as opposed to detracting from it.

Michael Forkert’s lighting design predominantly maintains a general state in which the actors play, with some moments of top lighting during the ‘dramatic’ scenes. The latter, aided by Ellis and Gavin, make for incredibly haunting moments.

In the programme, Ilgenfritz states that “[he] wanted to create a theatre spectacle where words do not yet exist, a space where the gesture, intention, rhythm, sustain and economy of physical means are combined to give birth to a rich text.” It is a want that is successfully achieved and could not be described any more succinctly.

It is quite an achievement to address such a full spectrum of the human condition in a show, and I would challenge anyone who sees it, regardless of its tragic elements, to not be overwhelmed with a sense of overall optimism about life. Not one to readily bestow a standing ovation, I found the effortless action of rising to my feet during the applause a simple gesture of respect to the amount of energy and concentration these two actors had offered for a full 90 minutes. It is a feat that should not be underestimated, and it is a show that should not be missed. 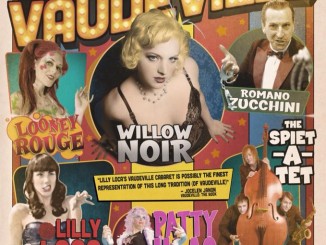 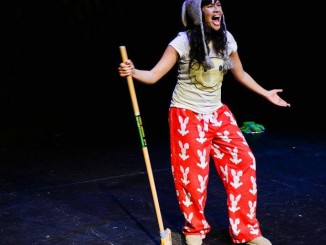